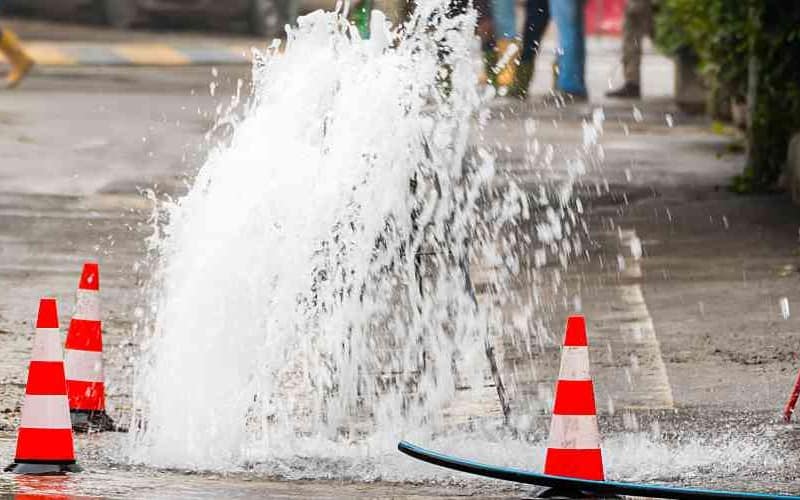 Was it the weather? Was it a new daily record? Whatever it was, Port Colborne Public Works staffers were kept on their toes yesterday (January 24) as five separate watermain breaks and below zero temperatures make for a dangerous mixture for drivers and area homeowners.

City Public Works staff and contractors were left dealing with a watermain break first at Borden Avenue between Steele Street and Elm Street. Before long, there was a second at Steele Street between Main Street West and Wallace Avenue.

Suddenly, there was a third at Steele Street at Shamrock Avenue. That was followed by another at Steele Street, south of Main Street West before the last one at Omer Avenue between Oakwood Street and Knoll Street.

The city said there was additional staff at each location with salt trucks “to try and keep ice accumulation on the roadways to a minimum.”