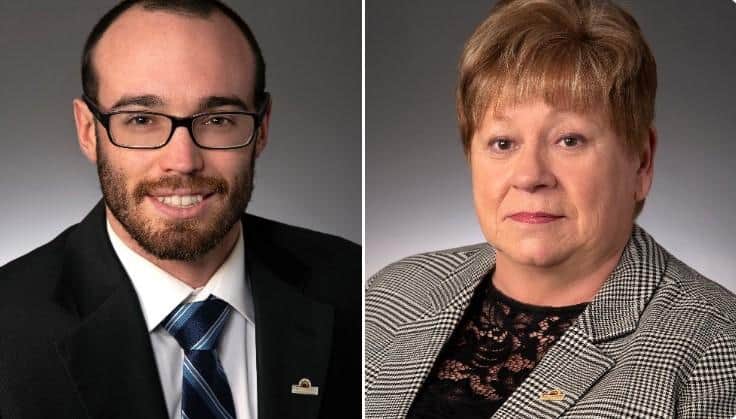 When the Port Colborne Ward 2 council votes were tallied after the October 24 election, Eric Beauregard and Angie Desmarais were tied. A recount produced the same results. In the end, the names were put into a box and Beauregard's was drawn. (Photos: Port Colborne)

It was a lot like a Secret Santa name-pull but with a council seat on the line.

First place was won by newcomer Tim Hoyle, who topped the Ward 2 polls with 352 votes.

The closed-door recount was done yesterday (October 31) at 1 pm with only the two candidates, their lawyers and scrutineers in attendance. However, it yielded the exact same initial count – 342 votes apiece.

That meant their names went into a box, both written on identically-sized pieces on paper, folded an identical amount of time and then one was drawn by the city’s Acting Clerk Nicole Rubli.

Beauregard’s name was drawn so Desmarais will now clean out her desk.

In 2018, it was a three-way race for the two council seats and while both got into office, Beauregard edged Desmarais by a 687 to 580 count.