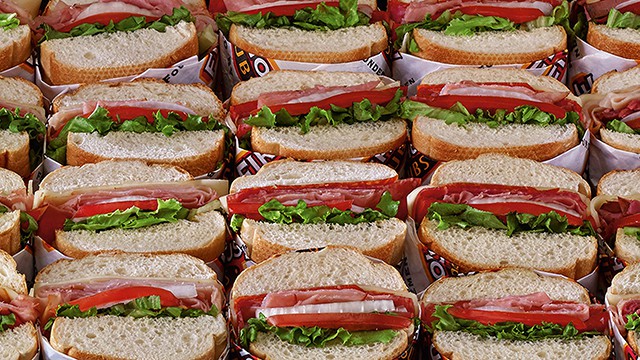 If you’re looking for a new lunch (or dinner) option, you are in luck–a brand new sandwich joint with multiple locations in Canada, the U.S., Mexico and Puerto Rico just opened its doors in Mississauga.

Located at on Airport Road near the International Centre in the Malton neighbourhood, the restaurant is open seven days a week and serves what it calls “fully involved” sandwiches comprised of premium meats and cheeses, fresh produce and condiments.

The brand new Mississauga space is the 16th Canadian location for the fast casual restaurant chain and the second Ontario restaurant in Ontario for operators Adam Arefian and Nick Lebastchi, who signed a multi-unit franchise agreement to develop eight restaurants in the Mississauga and Oakville area.

Operators say that, since the opening of the first Firehouse Subs in 1994, Puskas and his team have painted more than 1,130 murals from his studio at Firehouse Subs Headquarters in Jacksonville, Fla.

The restaurant officially opened on June 15.