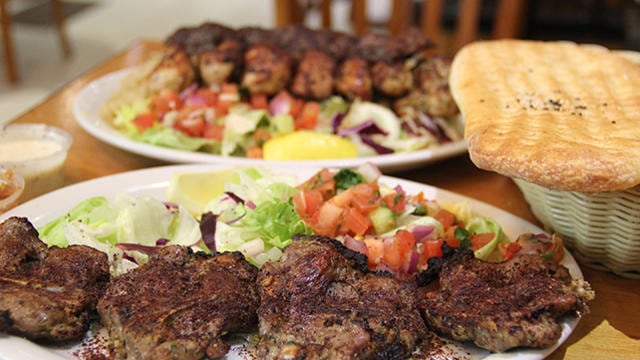 A popular restaurant that managed to generate a sizeable following has officially opened a brand new Mississauga location (so hopefully you aren’t still full from all those Christmas and holiday dinners).

Recently, we found out that popular Afghani hot spot Watan Kabob was set to take over the Dundas and Winston Churchill space that became vacant when novel seafood resto L.A. Boil shuttered its doors for good (L.A. Boil fans should note that the resto still operates a second location on Dundas St. E.).

The location has been a popular spot for restaurants. Prior to L.A. Boil taking over, the location was home to two different Thai joints (Ben Thanh and Spice Avenue) and a short-lived Mexicali Rosa’s.

The move isn’t terribly surprising, as Watan Kabob–which currently operates a successful resto on Matheson Blvd.–actually grew to the point where it had to take over its neighbour.

Before expanding its first location, the popular resto was known for being low on seats for anyone looking to grab a kabob at lunch or dinner time. To better accommodate diners, they had to break the wall down and tastily invade the old Mr. Sub location. Since its newest spot is spacious, there’s a good chance cramped conditions won’t be an issue.

The restaurant is currently hosting a multi-day grand opening event that kicked off on Boxing Day. The festivities will continue until Dec. 31.

Watan Kabob is known as one of Mississauga’s premier spots for Afghani food, boasting dishes that are delicious, fresh and well-priced.

The resto is also known for its party trays, which include charcoal broiled Kabob, fresh and fluffy rice and the dense and delicious Afghan naan (completely different from its Indian cousin). Another popular item that diners tend to go back for? The Watan lamb shank dinner with a spiced lamb leg slow cooked with raisins and carrots and served with basmati rice.