Popular Restaurant J.Red & Co. Near Mississauga Has Revamped its Menu with a Unique New Concept 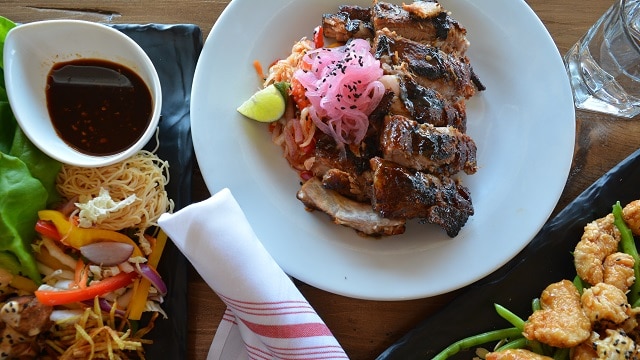 While we’re lucky in Mississauga to enjoy such a large and varied food scene, it’s inevitable at some point to want to try new restaurants and different experiences — especially if you’re the kind of person who loves to eat with a group and share food.

Thankfully, you don’t have to go too far outside the city to find a popular restaurant currently exploring that very concept.

J.Red & Co., a casual and urban restaurant located in downtown Brampton, has recently shifted its focus to a communal, harvest-style menu consisting of shareables (dishes that are made to be passed around and shared).

The shareable menu includes a variety of appetizing items such as the Korean Sticky Ribs, Sticky Ginger Chicken, Cauliflower Wings, and Lettuce Wraps, to name just a few. 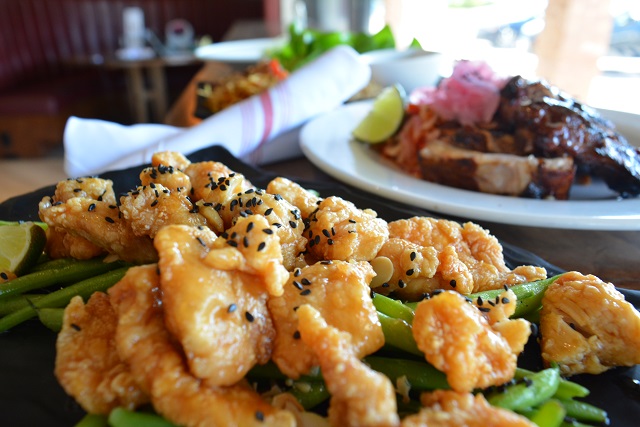 However, if you’re not into the idea of sharing your food, don’t worry – there’s still a section of the menu where you can get traditional main dishes, such as the Chicken and Waffles, as well J.Red & Co.’s classic woodfired pizzas and handcrafted burgers.

According to Chef Jason Rosso, the concept of shareables came about when the restaurant realized they were often serving large groups of people (sometimes up to 100 people for big functions) who would naturally share their food around the table.

“We had a lot of people coming in and just sort of buying multiple plates and sharing them around the table, even though it was unprompted by us, off our regular-style menu,” Rosso explains.

As a result, restaurant staff developed what they call the harvest menu, where a variety of shareable foods go out on plates and platters and everybody helps themselves to what they want. They received a lot of great feedback on it, according to Rosso. 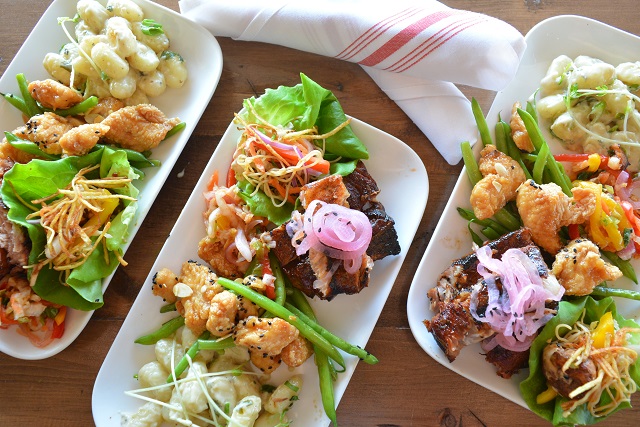 The new shareables menu, which officially became available on Tuesday, May 14, is just one of many unique concepts from a restaurant that prides itself on constantly changing.

“Nothing about J.Red ever stays the same,” Rosso says. “In the four years that we’ve been open, we’ve changed the menu probably 12 times. We like to challenge our guests, we like to offer new things.”

He believes the shareables menu is a fun and creative way for guests to try multiple different things while also enjoying the experience of community-style eating, which he says is very important.

“It’s really trendy. It’s been popular in bigger cities for a long time, it hasn’t really filtered out to the suburbs yet but I think people out here enjoy it,” he says. “It’s something different.”

So which menu items does the chef recommend? 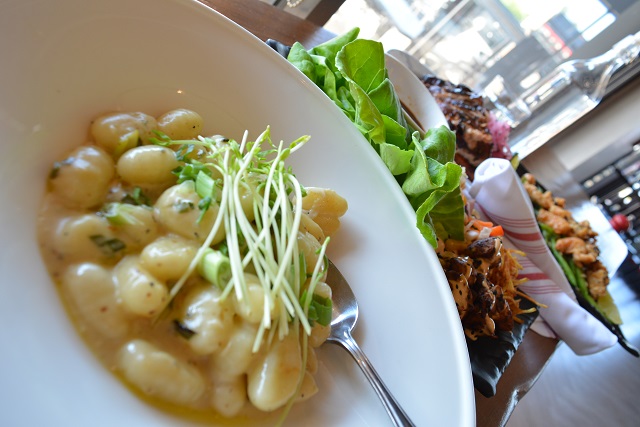 Off the regular menu he highly recommends the Bob & Doug Burger (beef patty with onion rings and maple bacon on a pretzel bun) and the restaurant’s signature item, the Thai Fighter: Thai noodles tossed with shrimp, chicken and veggies in a coconut chili sauce.

While shareables are the restaurant’s current focus, you can’t talk about J.Red & Co. without mentioning their international offerings: A bi-monthly selection of foods from their “World Menu”.

Every couple of months, the restaurant takes six to eight traditional dishes from a different culture and prepares them in-house. Past menus have included Indonesian food, Filipino food, and South African cuisine.

“Some of the stuff is certainly not for non-adventurous eaters, but if you’re an adventurous diner and you love to try new things, these menus are fantastic for that.”

According to Rosso, their next World Menu plans to feature Portuguese cuisine and will release in June.

As for entertainment, one of J.Red & Co.’s main features is its regular live music: R&B and soul on Tuesdays, covers on Fridays, and Jazz Night every Sunday.

The restaurant also features weekly events such as Muskoka Mondays, where you can snag a burger and beer for cheap, and Thursday’s East Coast Kitchen Party, which blends the shareables menu with east coast style cuisine, among other fun events. 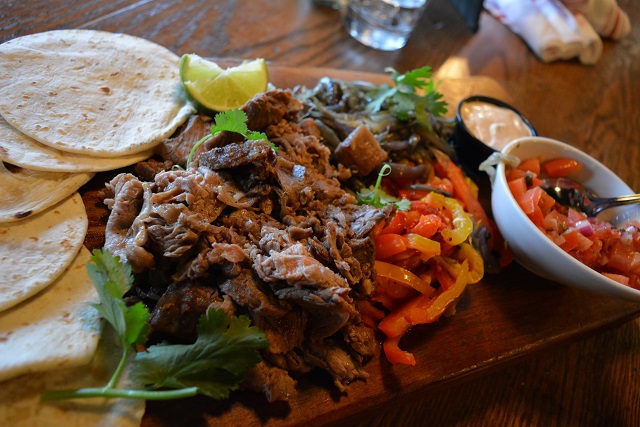 There you have it – if you’re interested in great food, live music, and a communal eating experience, then J.Red & Co. is one restaurant near Mississauga that you absolutely need to check out.

For more information and a look at their full menu, visit their website at jredandco.com.