Chicken Land, a popular Erin Mills restaurant that closed after a fatal shooting in May, is set to reopen this month.

A popular Erin Mills restaurant closed for the past three months after a shooting there killed the owner’s son is planning to reopen in early September.

A voicemail message at Chicken Land tells callers the family-run eatery at Glen Erin Dr. and The Collegeway, described by one longtime customer as a “neighbourhood gem,” is “closed for a tragic accident” and will reopen in “early September.”

On May 29, a 25-year-old Oakville man, Naim Akl, also the son of the restaurant’s owner, was gunned down inside the restaurant. He was pronounced dead at the scene.

Four others, including the 56-year-old owner of the restaurant, who is Akl’s father, and the man’s wife, 44, and his other son, 22, were treated for their injuries at hospital. A 58-year-old man who worked at the restaurant was also shot, but survived.

The owner’s 13-year-old daughter was also inside the restaurant when gunshots rang out, but she was not physically hurt.

After a week-long manhunt, three men—two from Mississauga, one from Brampton—were captured and charged by Peel Regional Police in connection with the mass shooting at the eatery. 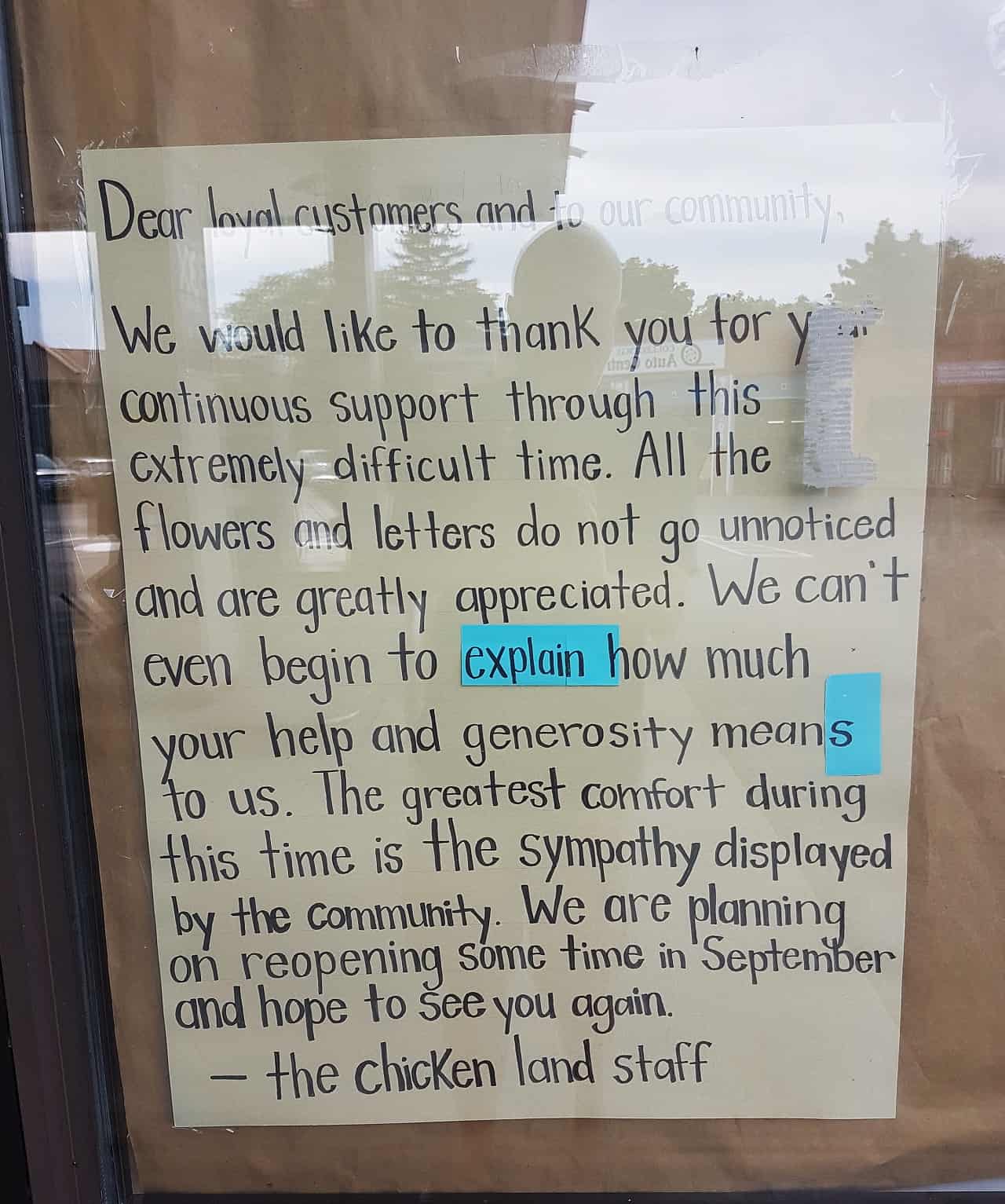 As family members deal with their loss and prepare to reopen the business, which first opened in 1989 near T.L. Kennedy Secondary School in central Mississauga before moving to the west end, many longtime customers have reached out the past several months to wish them well.

On one restaurant rating website, which lists Chicken Land as “temporarily closed,” scores of customers left comments of support.

One message read, in part: “I remember when Chicken Land was new, and used to be across the street from this location. It was a staple of takeout food for me and my siblings growing up…Chicken Land is a neighbourhood gem. I’m heartbroken over the wrong that was caused to this family. Sending the family and staff condolences and healing thoughts.”

In another message, the author pledges “I can’t wait to support you when you are ready to reopen,” and continues on to say, “Not a day goes by since the incident that I have not thought about your family. I wish you peace, strength and healing in the days and months to come.”

Another customer who left a note on the site said Chicken Land was part of their lives growing up in Mississauga. “Unbelievable to hear what happened to this kind family…their food was great, but the people are what kept us coming back, too.”