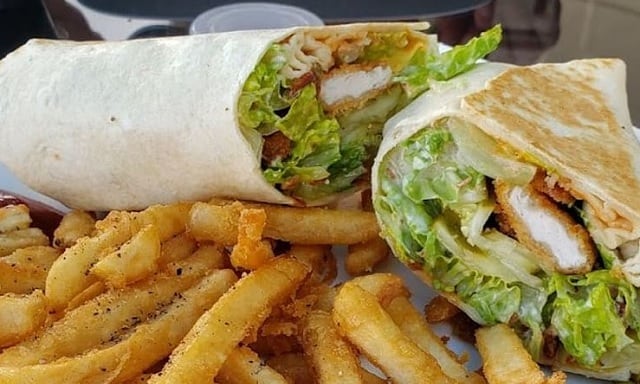 While anchored in Grimsby, the owner-operators of a popular marina restaurant have launched a new location in Stoney Creek.

The husband-and-wife team of John and Josie Dunstall, who opened their first namesake eatery in mid-2017, have added JJ’s Stoney Creek eatery in the Fruitland plaze (621 Barton St.). Like its namesake, the eatery focuses on classic North American fare, such as Montreal smoked meat, reuben and steak sandwiches for lunch, along with dinner entrees such as beef liver, pork chops and roast beef.

Also serving breakfast, the location is open daily from 7 a.m. to 9 p.m.

The wine menu also includes a selection of vintages from Vineland Estates Winery. Diners can also bring their own wine for a small corking fee. All desserts are homemade.

A post shared by JJ’s on The Dock’s ® (@jjs.onthedocks)

The communities of Grimsby, Binbrook, Winona and Stoney Creek that are located between Hamilton and the Lake Ontario shoreline are experiencing a population boom, and the Dunstalls say in a bio on the restaurants’ website that they saw a need for a full-serve sitdown family restaurant in Grimsby about five years ago. Their original location, JJ’s On The Docks, is located at a marina at 15 Lake St. in Grimsby.

Reservations for indoor dining can be made through jjsonthedockseatery.ca, at least 24 hours ahead of time. The Stoney Creek restaurant, which opened July 26, may be reached at 905-643-6400.