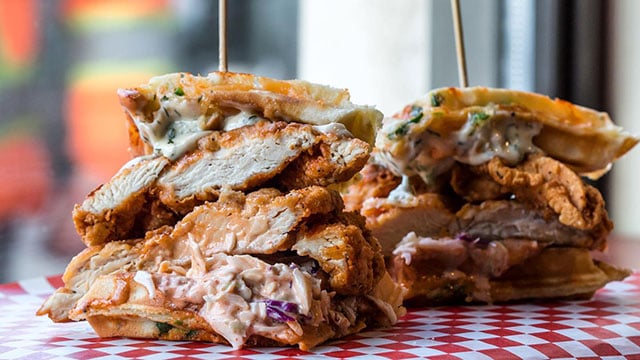 If you love chicken and waffles, you might be excited to hear that a popular chain with locations in Toronto is heading to Mississauga in the not-too-distant future.

Cluck Clucks, a popular fried chicken joint that got its start on The Esplanade, recently announced plans to open a brand new restaurant in Mississauga in a still undisclosed location.

“We’ve finalized a spot and are aiming to open up by the end of the year! Any ideas where we are opening up?” the brand asked on Instagram.

According to the brand’s Instagram post, the location is slated to open before the end of the year.

It will be Cluck Cluck’s fourth restaurant.