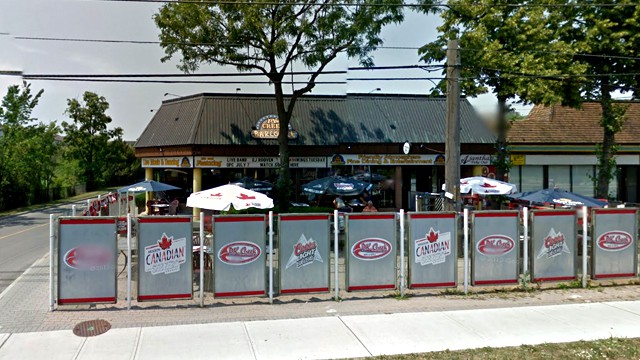 November 2014 was PK Creek 5th anniversary and just one month later one of the most popular bars in the Cooksville area is no more.

PK Creek Bar and Grill closed up shop in January 2015.

When entering this place there was a letter at the door that pretty much said “You didn’t pay your rent”. This letter was a bit more interesting than the one we saw at Tako Sushi last week as it stated the actual amount owing. Let’s just say this place isn’t opening back up anytime soon.

PK Creek was really popular for sports, poker nights, UFC and live music but unfortunately it was tucked away in a hidden plaza on Dundas west of Hurontario which might have lead to its demise.