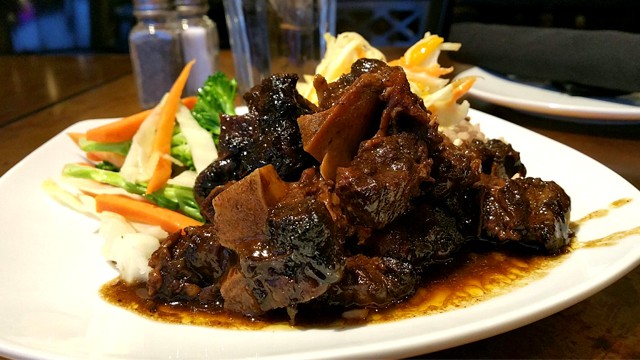 Fans of a somewhat new and quite popular Caribbean establishment might be disappointed to learn that the restaurant has reportedly closed.

One of the city’s better known Jamaican restos, Voy Jamaican Restaurant, appears to have shuttered its doors for good.

The Lakeshore Rd. restaurant closed suddenly around Christmas and has yet to reopen. A voicemail recording has indicated that the restaurant is closed (albeit it does not say the closure is permanent), but Google has officially marked the restaurant as permanently shuttered.

inSauga.com has reached out to operators to determine whether the closure is permanent or temporary.

We have not yet received a response.

The closure is no doubt disappointing, as the restaurant opened about a year ago and was one of the first of its kind in Port Credit.

Voy was probably the nicest and most atmospheric Jamaican restaurant and boasted a pretty impressive menu (which explains why Voy made it onto multiple Top 5 lists).

They also had a breakfast menu that consisted of ackee or okra and saltfish, as well as traditional dishes like bacon and eggs.

If Voy is closed for good, it will be missed.