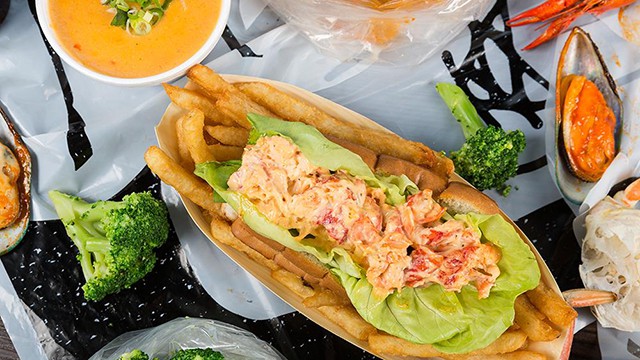 It’s not unusual for Mississauga—a city with a thriving, growing culinary scene—to welcome new restaurants and 2018 has been a very good year in food for the city (and we’re only three months in).

Last year, we learned that The Captain’s Boil, a growing seafood boil resto chain that operates multiple locations in Canada–including in Toronto’s Little Italy neighbourhood and Etobicoke–was coming to our neck of the woods.

Now, it appears the restaurant is serving customers those on-trend seafood boil bags that have been satisfying fish and crustacean lovers for some time now.

The restaurant enjoyed a soft launch earlier this month, and is officially open as of a few short days ago.

As for what sets this establishment apart, it’s the Asian-inspired take on seafood.

According to the chain’s website, Asian fisherman that immigrated to the U.S. Gulf Coast in the 70s enhanced the recipe for the classic Louisiana Creole crawfish boil by adding such aromatics as lemongrass and ginger and serving the dish with garlic butter and various Asian spices.

In short, The Captain’s Boil boasts Cajun and Asian fusion items and it’s the first restaurant of its kind in the GTA.

Now, you don’t have to go to Oakville or Etobicoke to enjoy crab, lobster, crawfish or shrimp with a side Cajun fries.