One of the most popular and controversial chicken restaurants is coming to Mississauga.

If you love chicken, waffle fries, biscuits, and their sauces you are in luck as Square One in Mississauga is about to get a Chick-fil-A!

According to the Chick-fil-A website it looks like the American fast food chain is coming to set up soon at Square One Shopping Centre. 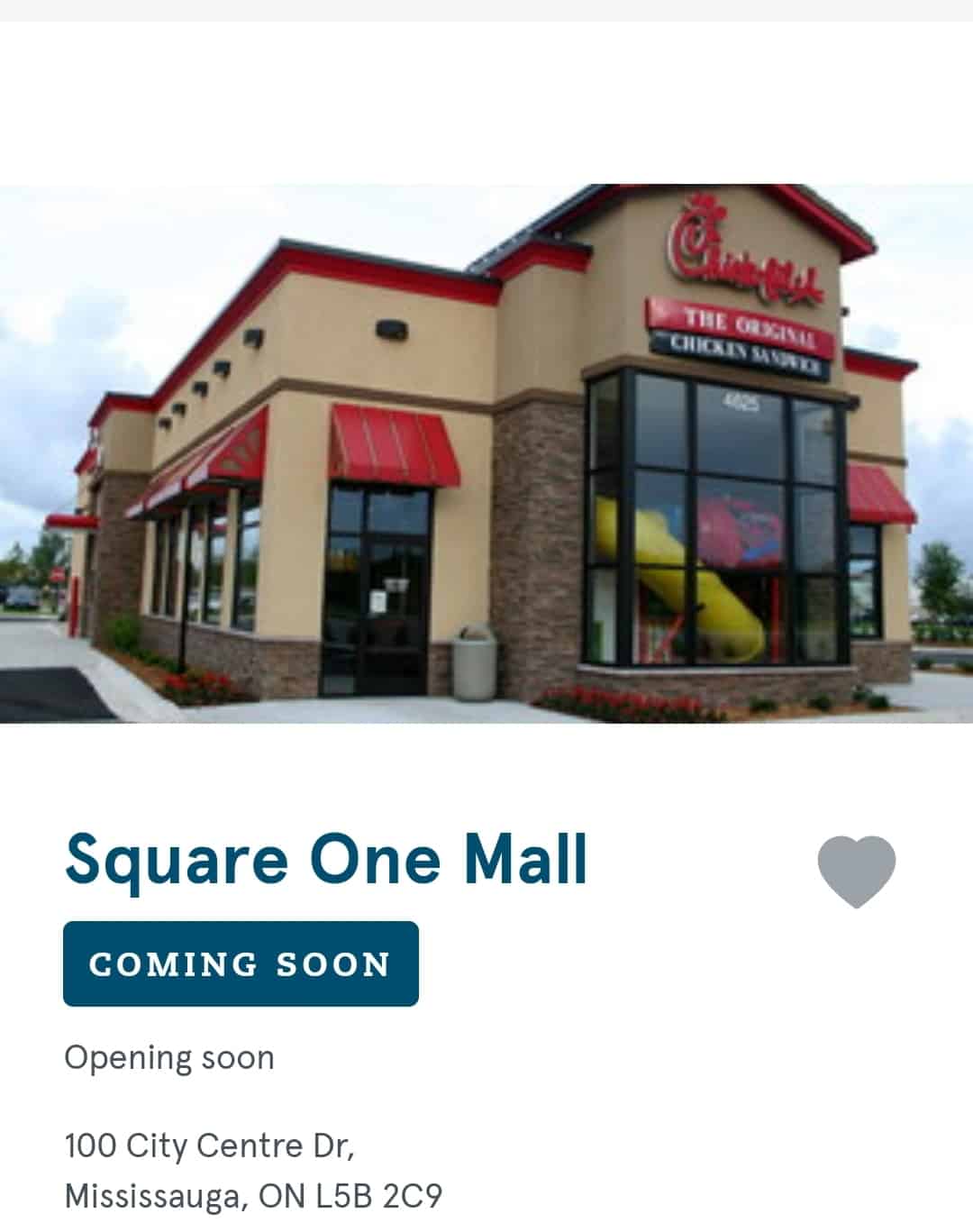 Where will they be located in Square One?

Perhaps the recently closed Aroma Espresso Bar would be a prime location as it has an exterior entrance and it’s by the transit terminal.

The extremely popular and also extremely controversial American fast food chain Chick-fil-A announced back in 2019 that it will open a bunch of restaurants in the GTA and here we are.

The Atlanta-based company said it has plans to open at least 15 restaurants in the GTA in the next five years.

But while the news is exciting to some foodies, others aren’t quite so enthusiastic.

Chick-fil-A was embroiled in a great deal controversy after news broke that operators supported a number of anti-LGBT organizations.

EqualityMatters.org says Chick-fil-A donated to a number of organizations known to be unfriendly to the LGBT community, including the National Christian Foundation, Exodus International and the Family Research Council.

Following the outcry, company COO Dan Cathy released a statement claiming that the company has “no agenda against anyone.”

According to the fast food giant – Chick-fil-A already runs more than 2,300 restaurants in the U.S. – these will be the company’s first franchisee-owned restaurants outside of the United States.

“The company has made a commitment to build long-standing partnerships with local suppliers and to find the perfect neighborhoods in which to grow,” reads the statement.

This fast food joint is popular for its chicken sandwiches. According to Chick-fil-A, its chicken will be Canadian-sourced, 100% whole breast meat, without any fillers, hormones, or additives.

If you’re wondering what else is on the menu, you can expect biscuits, lemonade, salads, fruit, waffle fries, and even breakfast sandwiches.

We’ll keep you posted as we find out more about where it will be located in Square One and when it will be opening!