The Liberals are the clear favourites of those in Mississauga who have responded to an insauga.com poll, but undecided voters could turn the tide on election night.

Replying to the question “What party are you going to vote for?” 914 people said they intend to vote for Justin Trudeau and the Liberals. The Conservatives came next with 502 votes and the NDP had 428.

But with just a week to go before the federal election, many people still have not made up their mind on how they will cast their ballots.

The poll shows 678 people – the second highest tally – are still undecided, a number high enough to change the outcome on election night.

In total 2,522 people took part in the poll over a 48-hour period on Instagram Stories. 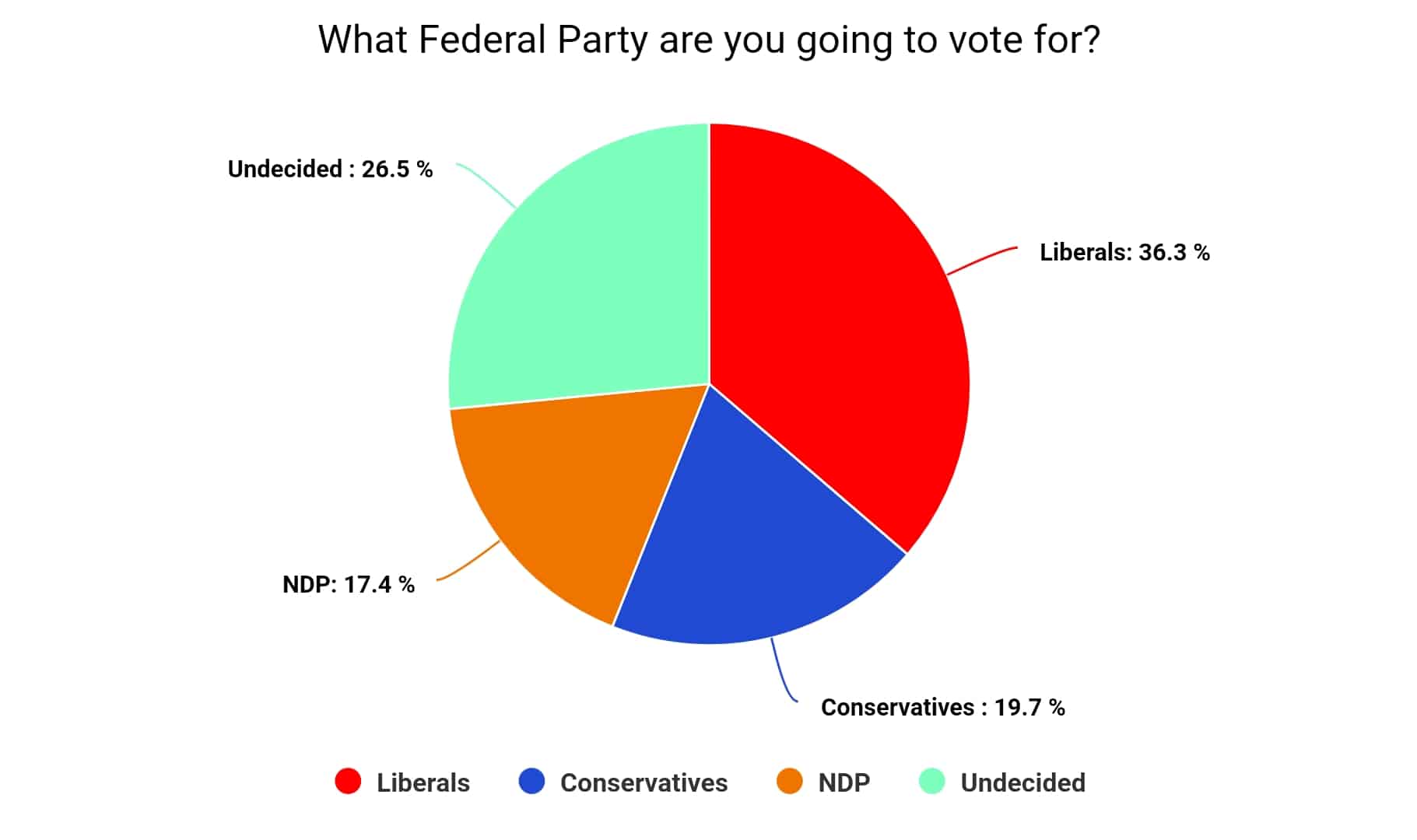 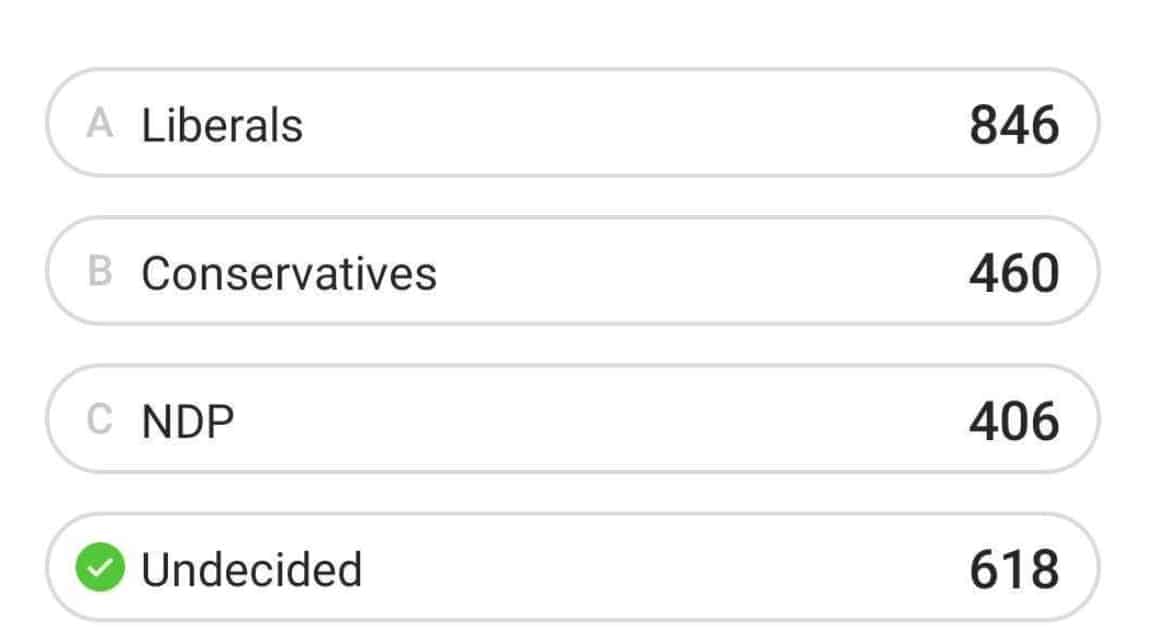