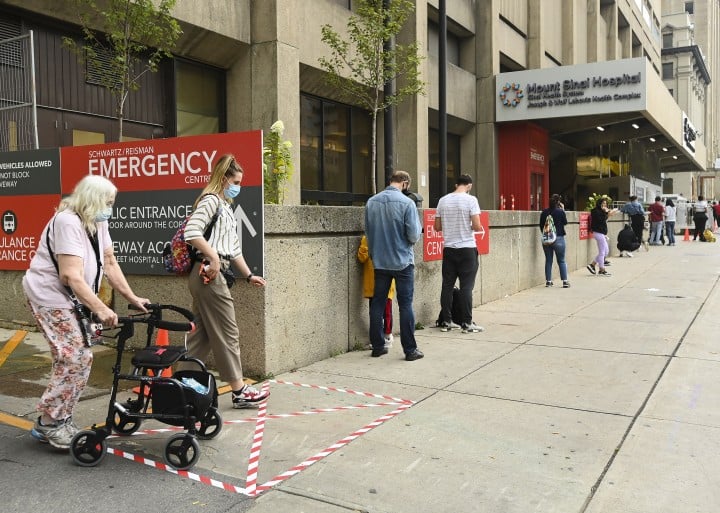 OTTAWA — Health Canada says it can’t provide any information about the status of any of the rapid-testing devices for COVID-19 it is reviewing.

Pressure is mounting on the federal government to approve tests that can provide faster results as hospitals and public health agencies across Canada struggle to keep up with the demand for COVID-19 testing.

Deputy Conservative leader Candice Bergen says the government promised in March that getting rapid tests was a priority and yet half a year later, there are still none in use in Canada.

At least 14 such devices are under review by Health Canada but the department’s spokesman says he cannot comment on the status of the applications during the scientific assessment process.

Deputy Prime Minister Chrystia Freeland says it would be wrong for politicians to put pressure on Health Canada to approve any of the devices.

Several other countries have had some of the faster tests in use for months now, including Japan and the United States, but Health Minister Patty Hajdu said last week Canada is not yet convinced the technology is good enough.