Niagara Police say they’ll be offering up some more information on a collision between an 11-year-old girl on a bike and a car yesterday (July 25) in Niagara-on-the-Lake.

After the accident happened, police responded quickly to Niagara Stone Road near Field Road area in Niagara-on-the-Lake at 4:20 pm and quickly got the girl to the hospital. She was subsequently moved to an out-of-region hospital and her injuries are suspected to be “non-life-threatening.”

However, it also meant the police had to shut down a section of Niagara Stone Road – a main artery in the town – for hours to investigate the collision.

They determined the young girl was riding her bike when a black Buick Enclave hit her as it exited a parking lot.  The Enclave was being driven by a 70-year-old female from NOTL.

The incident is being investigated by 2 District uniform officers.  No charges have been laid in relation to this incident. 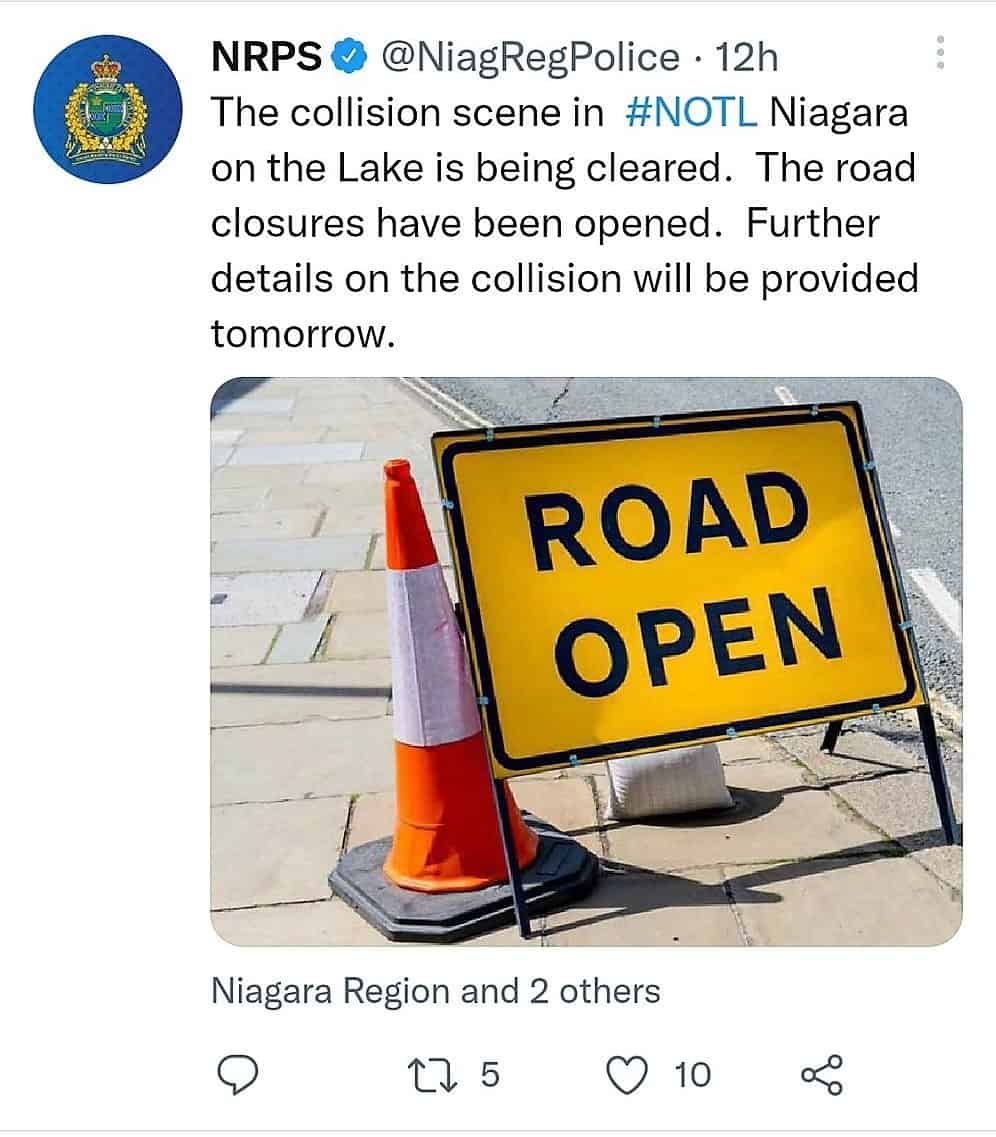