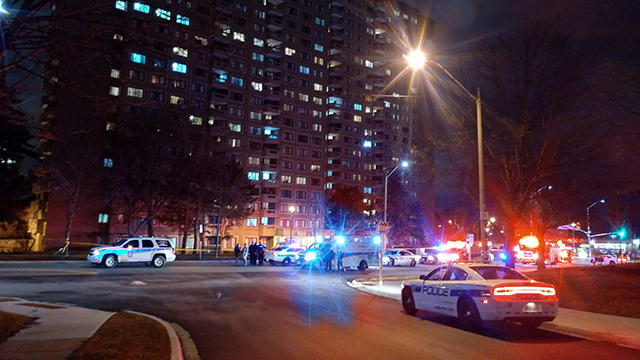 Today, Peel police held a news conference to update the media and public on its progress in relation to five homicides that have occurred in the Region of Peel this year.

Peel Police Chief Jennifer Evans said that “four significant arrests” have been made in connection with the incidents and that an arrest has been made in the Brampton motel room shooting death of 19-year-old Toronto man Jahsavior Reid.

On Monday, Feb. 20 at approximately 10:20 p.m., Reid was shot during an altercation in the motel room on Steelwell Road. Police say that he was shot “multiple times” and was pronounced dead at the scene.

Shortly after the incident, police said that they believed the shooting to be an isolated incident and that there was no threat to public safety.

At the conference, Evans announced that a suspect was arrested in connection with the case and charged with first degree murder.

On Monday, March 13, 43-year-old Mississauga woman Cheryl McVarish was reported missing from her home. During the early hours of Monday, March 20, McVarish was located, deceased, in the driveway of her residence. Subsequent investigation revealed that McVarish had been murdered and that blunt force trauma was one of the contributing factors to her death.

At the conference, police revealed that evidence suggests McVarish was murdered in her home and concealed there until she was discovered.

Police also discussed the recent shooting death of 19-year-old Brampton teen Kamar McIntosh, who was gunned down in a Popeye’s restaurant in the Hurontario and Dundas area in Mississauga.

McIntosh was shot to death in the washroom of the restaurant following an “altercation with the suspects” at 3:25 p.m. on April 27. Paramedics transported the victim to a local hospital where he died of his injuries.

On Wednesday May 3, investigators from the Homicide and Missing Persons Bureau issued a warrant of arrest for Thulani Chizanga and Shamar Lawson Meredith for first degree murder.

A young offender was arrested in connection with the incident the same day. The boy, 17, is charged with first-degree murder.

On May 6, 19-year-old Mississauga teen Chizanga turned himself into police.

Police say they are still looking for 18-year-old Peel resident Meredith, whose whereabouts is unknown.

Police said there are no connections between any of the homicides.