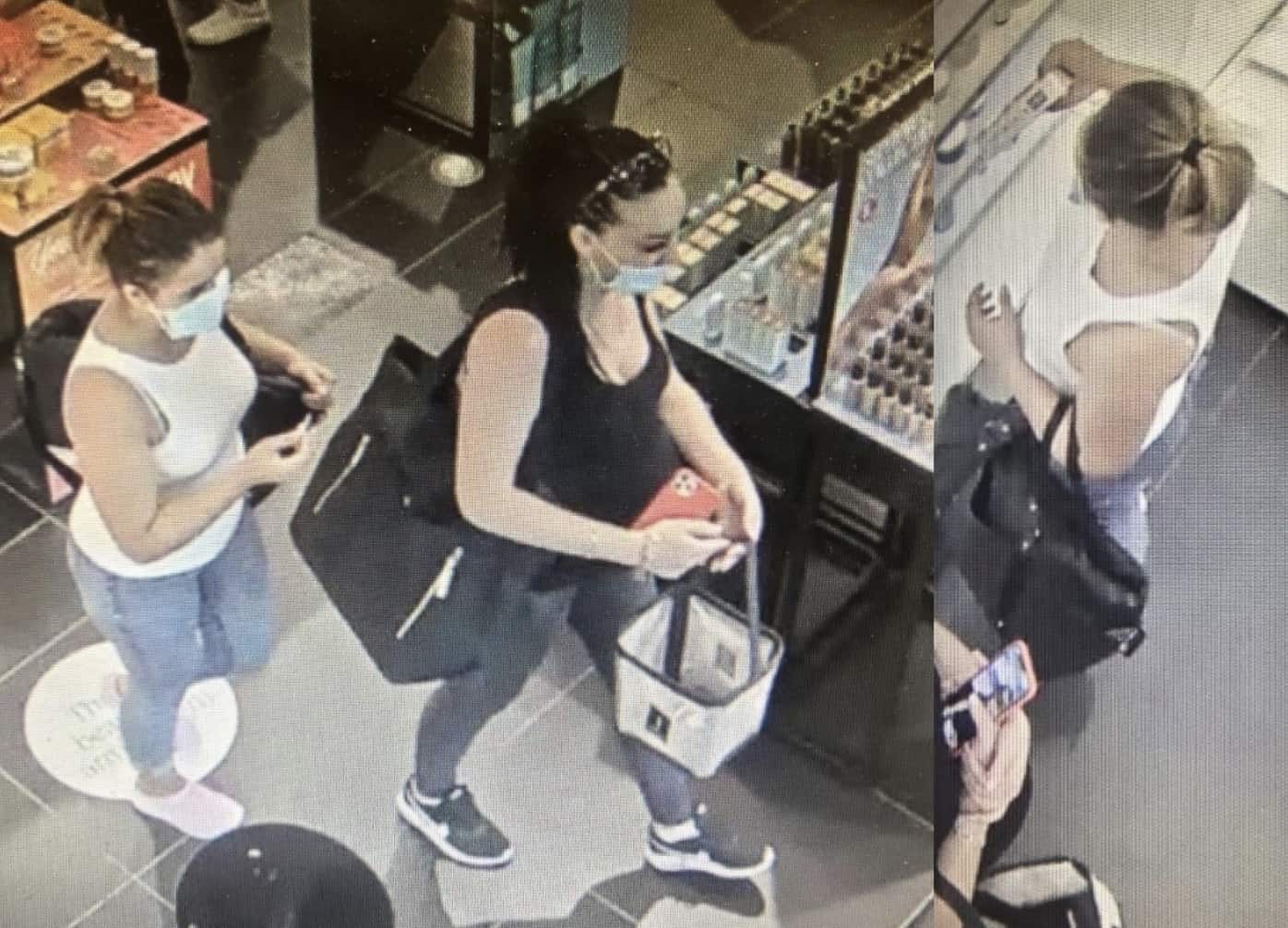 Police are seeking the public’s assistance to identify suspects who stole from a Sephora store in Burlington.

After a few minutes, the suspects made their way to the back corner of the store where they proceeded to place $1,450 worth of skincare products in shopping bags, according to police.

The suspects continued shopping for a few minutes before leaving the store without paying for the items.

The first suspect is described as female, white, with blond hair, was wearing a white tank top, white crocks, blue denim and a medical mask.

The second suspect is described as female, white, with brown hair, was pregnant and wearing grey leggings, a black tank top, black and white runners and a medical mask.