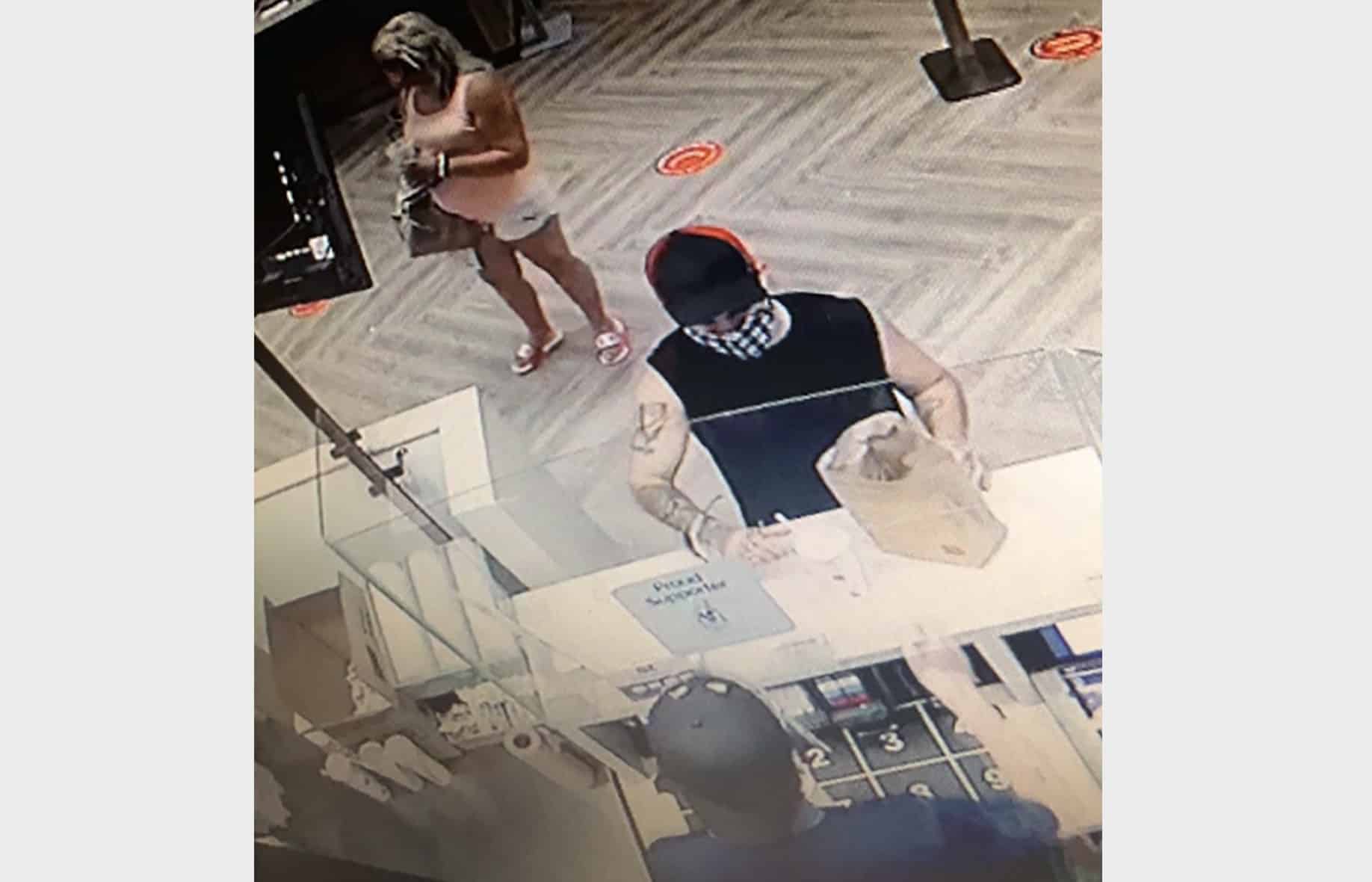 Police are seeking the public’s assistance to identify two suspects involved in an occurrence at a Walmart in Burlington.

Police say on Friday, July 16, 2021, at approximately 4:45 p.m., the complainant in this occurrence attended the Walmart located at 2065 Fairview St.

According to police, while inside the store, the victim complimented the suspect(s) on the unique coffee mug that the suspect was holding.

Upon exiting the store, the male and female suspects confronted the victim, verbally accosting him, police say.

The male became further verbally aggressive towards the victim, making comments including “he could seriously hurt him” and that “he knows people that could kill him and they would find where he lived,” according to police.

Investigators are wishing to speak to the male and female to determine their version of events.

The male is described as white, between 40-45 years of age, between 5’9 – 5’11, 175lbs and was wearing a red and black baseball hat and a black muscle shirt, police say. The male also has unique tattoos on his arms.

The female is described as white, between 50-55 years old, has blond hair, was wearing an orange tank top and beige shorts, according to police.