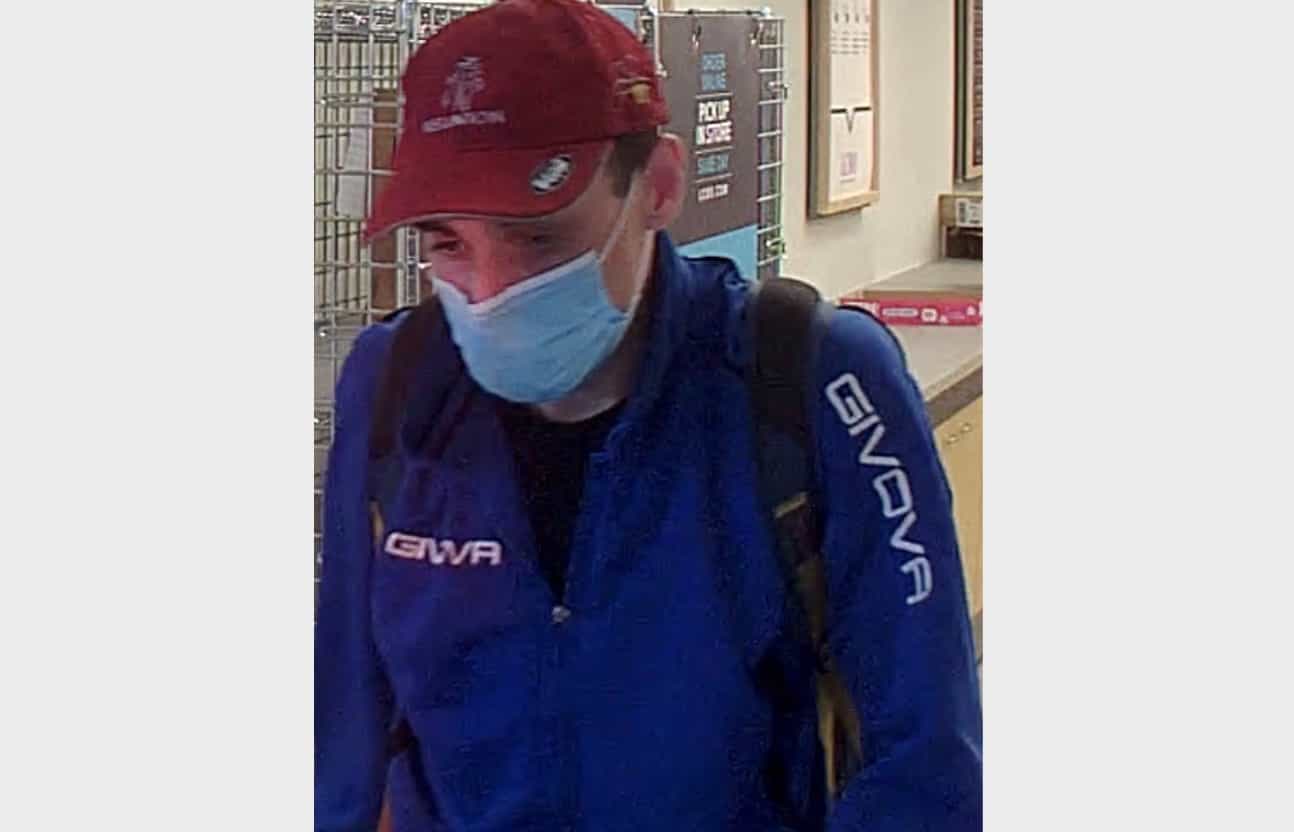 Police say he was wearing a blue jacket with “GIVOVA” printed on the left upper arm and on the right top chest portion of the jacket along with black shorts, grey shoes, a red-coloured hat, a medical mask and was carrying a black-coloured backpack.