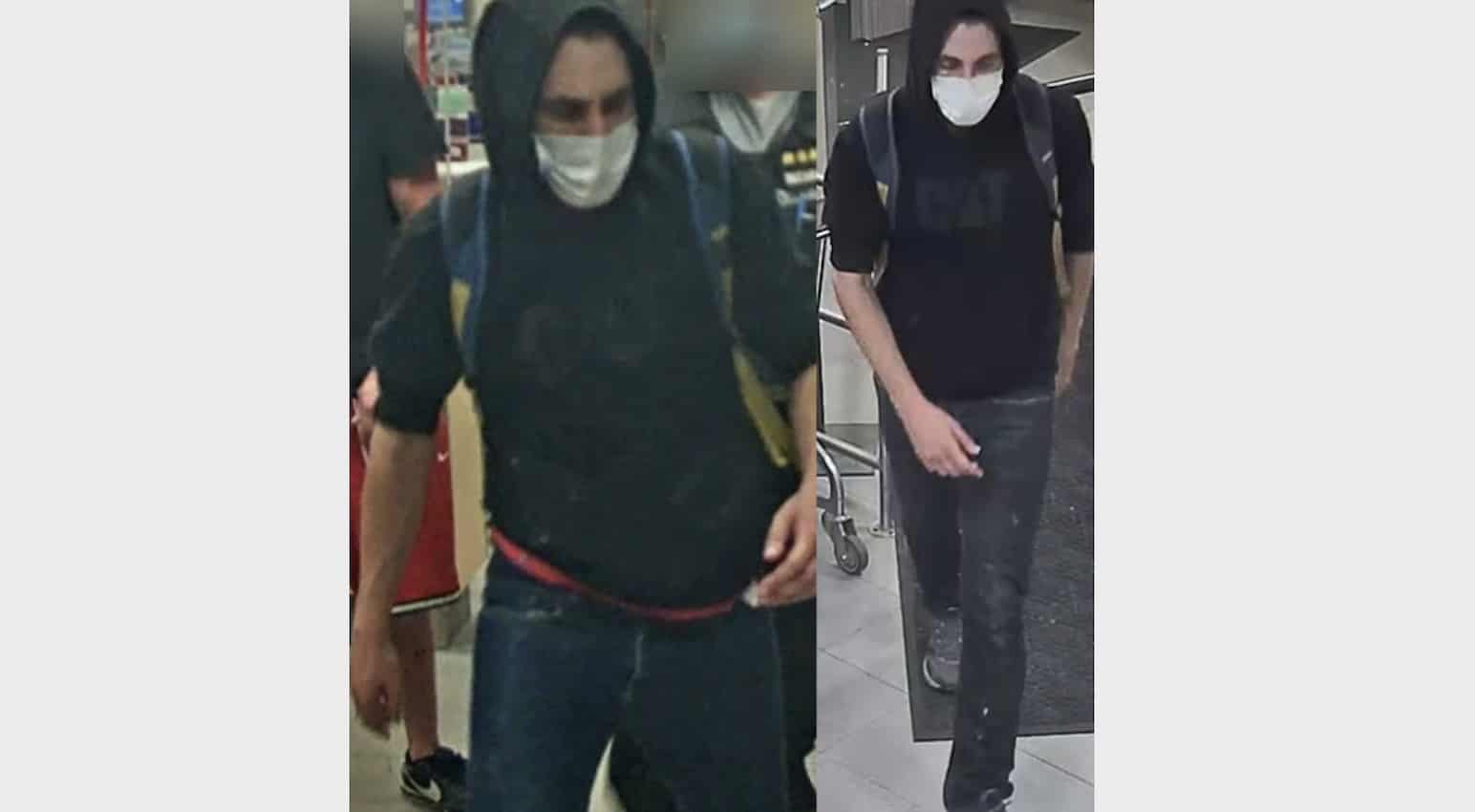 Halton police are seeking the public’s assistance to identify a suspect who stole from an LCBO store in Burlington.

Before running out of the store, the suspect pushed away a security guard and a staff member, according to police.

Police say the suspect is described as male, white, in his 20’s, has brown eyes, brown hair, is approximately 5’7 tall and 175lbs. He was wearing a black track top with the words “CAT” written across the front, dark blue jeans, grey-coloured running shoes had a green-coloured backpack and was wearing a medical mask.