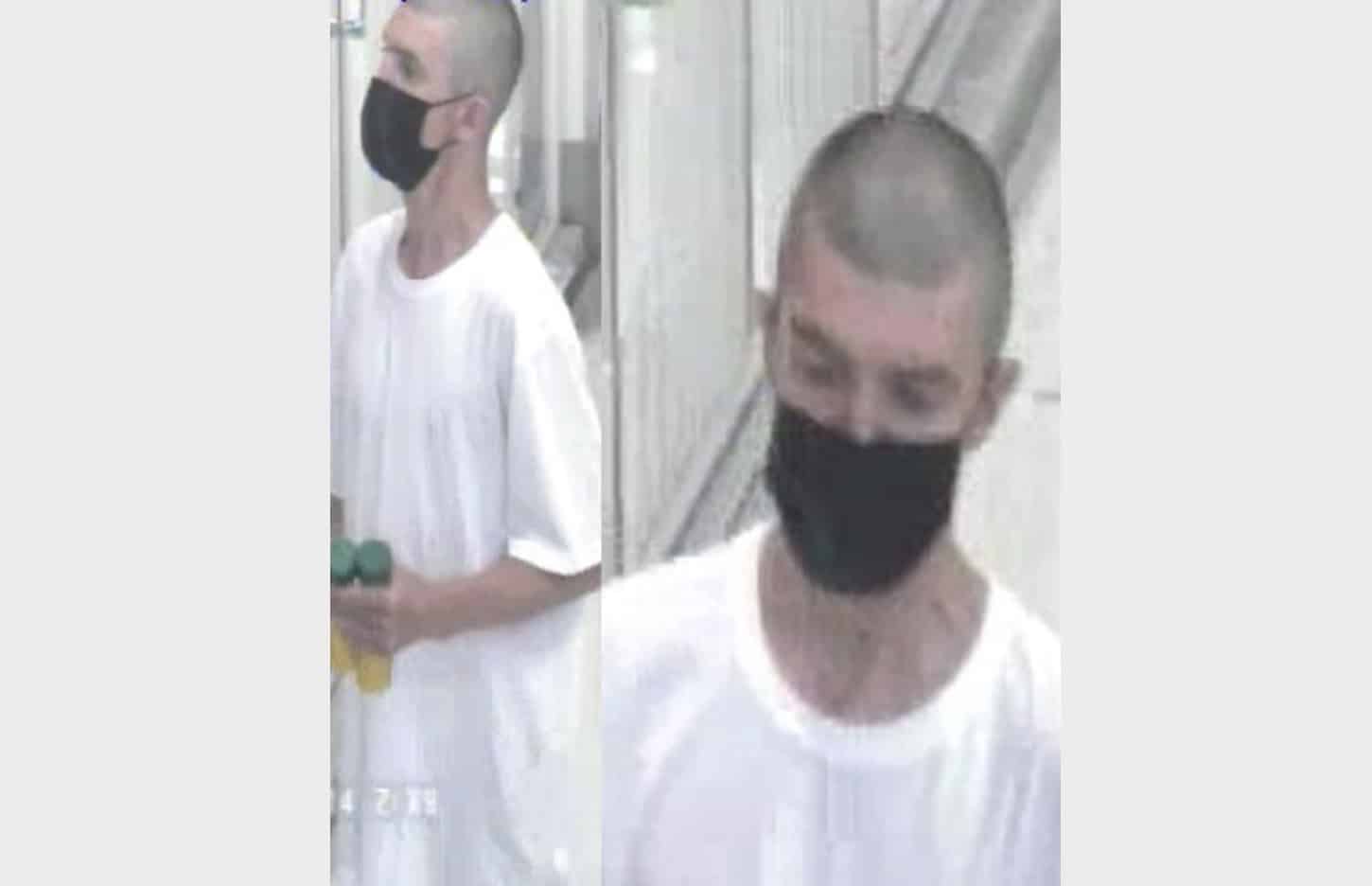 Halton police are seeking the public’s assistance in identifying a suspect after a theft occurred at a grocery store in Georgetown.

Police say the suspect escaped as a passenger in a black 2010 Chrysler 300 with the license plate CEKV085.

According to police, the suspect is described as male, white, appears to be in his 30s, has black hair buzzed short and is approximately 5’7 and 155lbs.

Police say he was wearing a white t-shirt, black shorts, black shoes and a medical mask.