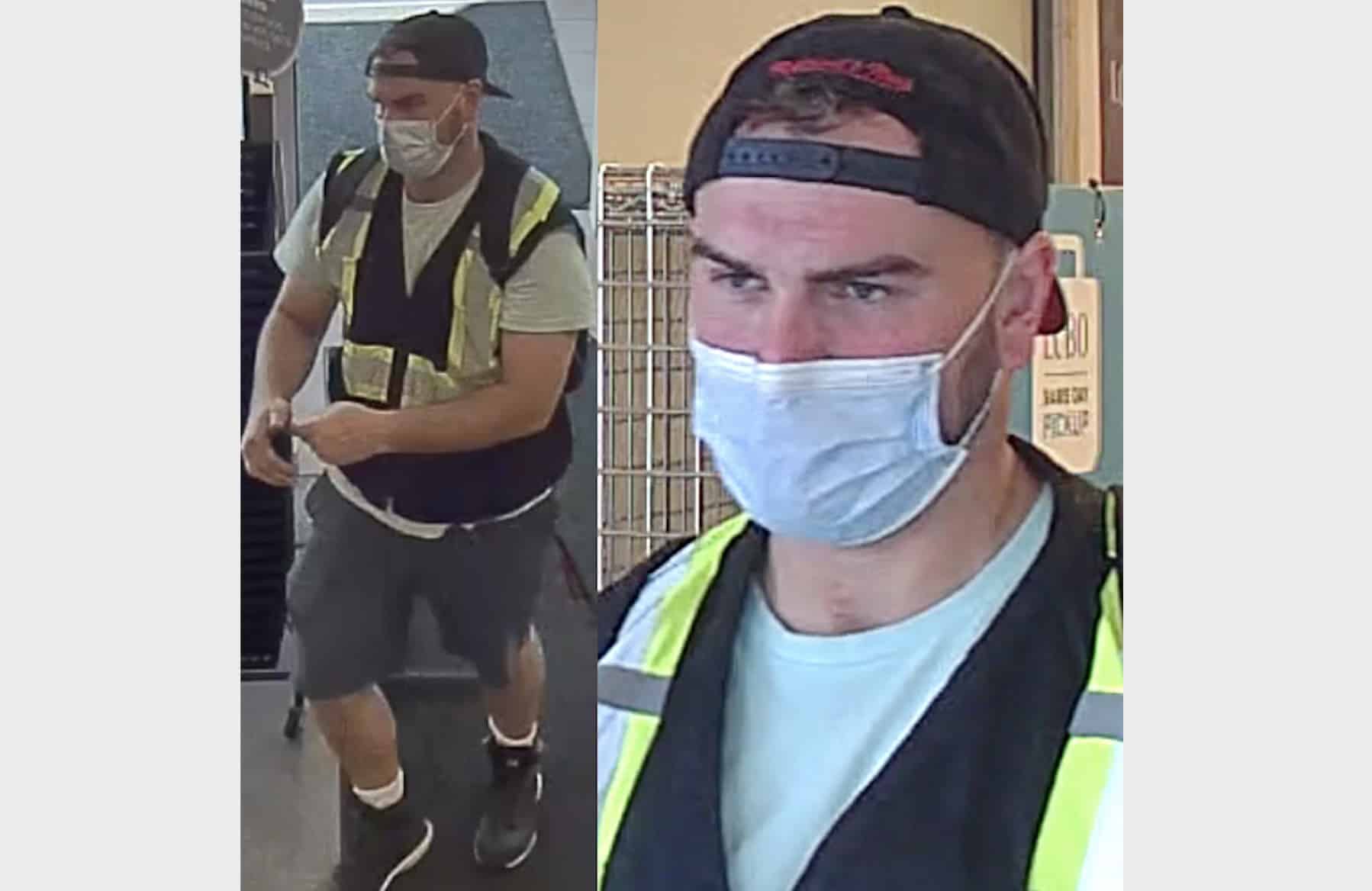 According to police, the suspect is described as male, white, in his 20’s, has a medium build, is approximately 6’0 and 200lbs., has brown hair and a stubble style beard.

He was wearing a pale green t-shirt with a construction vest on top that had green highlights, blue shorts, a black Toronto Raptors cap with a red Maple Leaf on the side and black work boots with white socks, police say.

The suspect also had a black backpack and was wearing a medical mask.