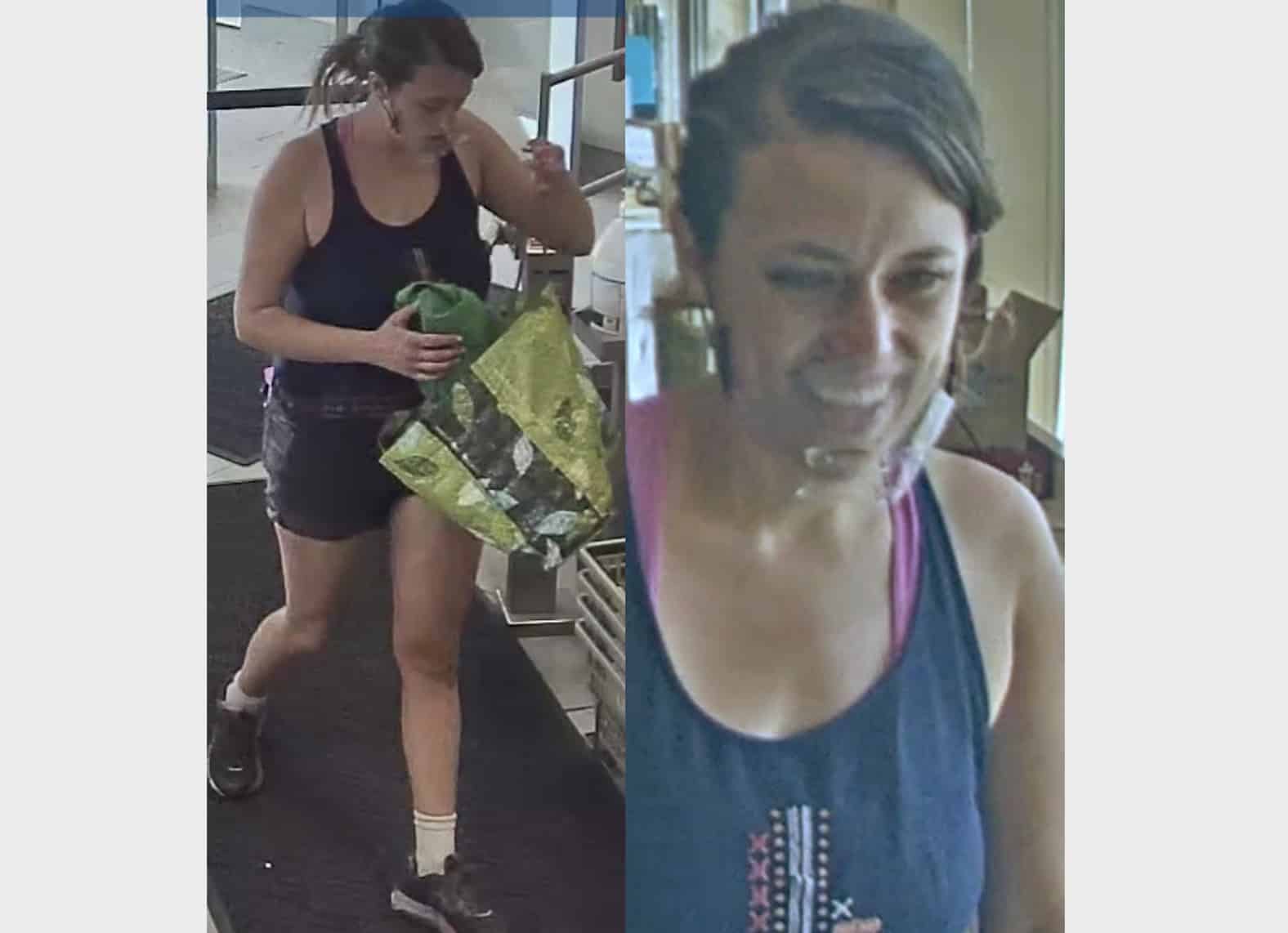 Police are seeking the public’s assistance to identify a suspect who stole from an LCBO store located in Burlington.

The suspect is described as female, white, in her 30’s, has a medium build and is approximately 5’8 tall with brown hair in a ponytail.

According to police, she was wearing a blue tank top with a graphic on the front, dark blue jean shorts and grey running shoes with white socks. The suspect had multiple reusable shopping bags and was wearing a clear plastic medical mask.