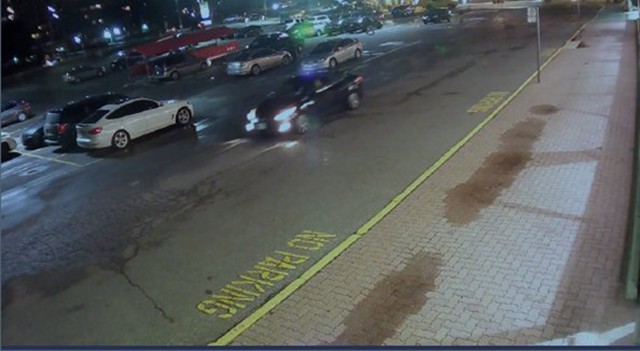 Police are appealing to the public for help in identifying suspects wanted in connection with a fatal shooting in Mississauga.

Peel police say that on Wednesday, March 1, 2017 at approximately 9:55 p.m., officers responded to reports of gunshots in the Mississauga Valley Boulevard and Elm Drive area.

When officers arrived on scene, they located 28-year-old Mississauga man Shane Thomas. Thomas had succumbed to his injuries and was pronounced dead at the scene.

Homicide investigators are seeking the public’s assistance in identifying occupant(s) of a dark coloured sedan (seen in cover photo) that might be connected to the shooting.

Police say the vehicle was seen at the Iona Square Plaza parking lot (1585 Mississauga Valley Boulevard). Its occupants are believed to have had contact with the victim just prior to the homicide.

Anyone with information concerning the vehicle and/or occupants or any other information that would assist in this investigation is encouraged to contact Peel Regional Police Homicide and Missing Persons Bureau at 905 453-2121 Ext 3205.