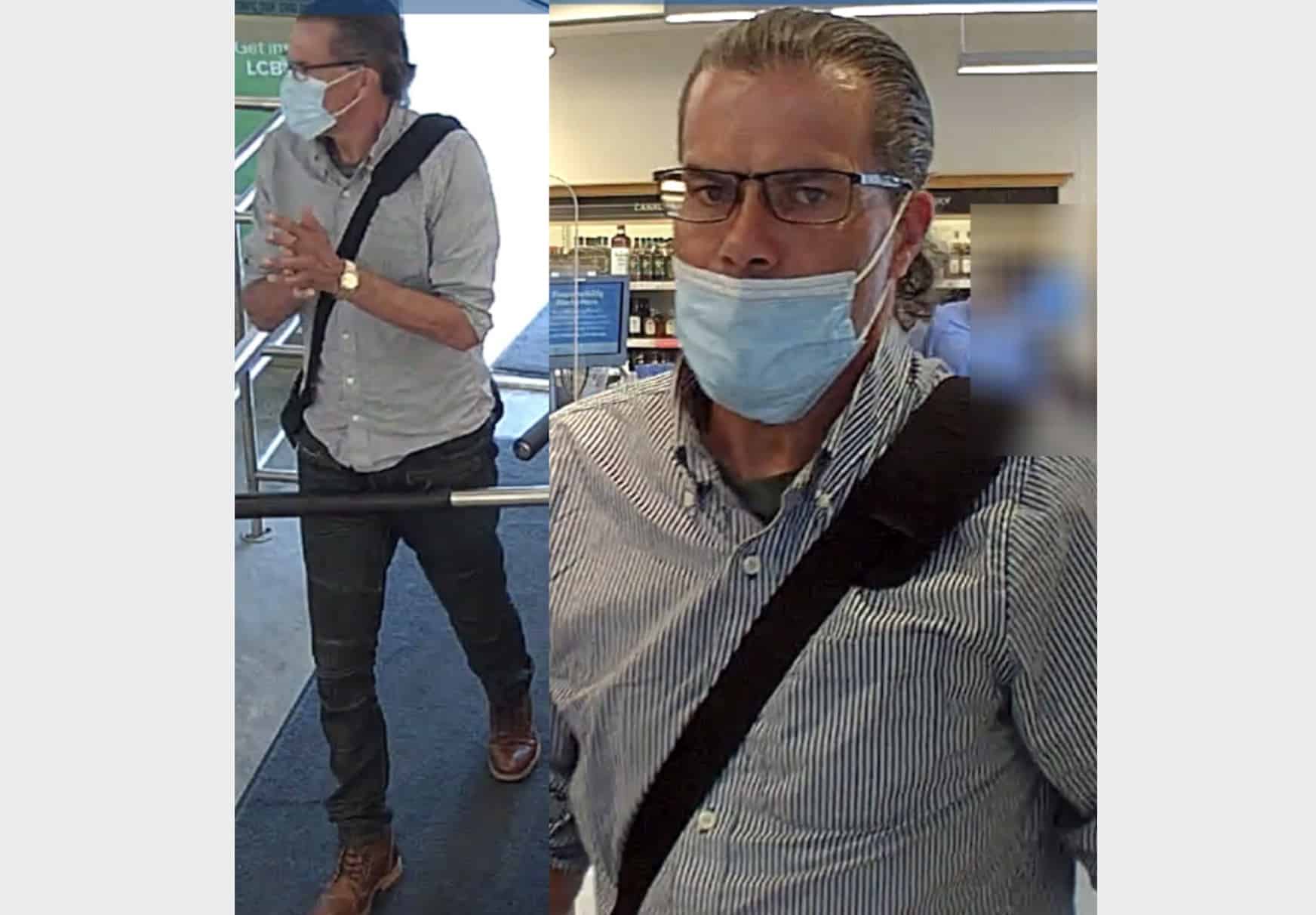 Police are seeking the public’s assistance to identify a suspect who stole from an LCBO store in Burlington.

The suspect is described as male, white, in his 30’s, has long brown hair slicked back, wears glasses, is approximately 5’8 and 190lbs. Police say he was wearing a blue and white button-down oxford shirt, dark blue jeans and brown leather lace-up shoes with cream soles. The suspect was carrying a black-coloured crossbody bag over the left shoulder and was wearing a medical mask.