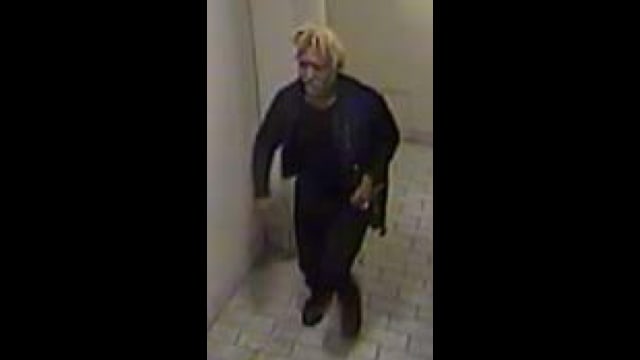 The Peel Police is asking the public for assistance in identifying a male in an indecent act investigation.

According to the police, on April 16 at approximately 5:30 p.m, a 31-year-old female was folding laundry at an apartment building in the area of Lolita Gardeens and Dundas Street East, in Mississauga when an unknown male entered the laundry room, took his clothes off, exposed himself and performed an indecent act. The female left the laundry room and the male left a short time after.

The man was captured on video surveillance. He is 6 feet tall and a medium build with a dark complexion, blond hair, and a blond goatee. At the time of the incident, he was wearing dark clothing.

Investigators are requesting anyone with relevant information to call the 12 Division Criminal Investigation Bureau at (905) 453–2121, ext. 1233 or call the Peel Crime Stoppers.