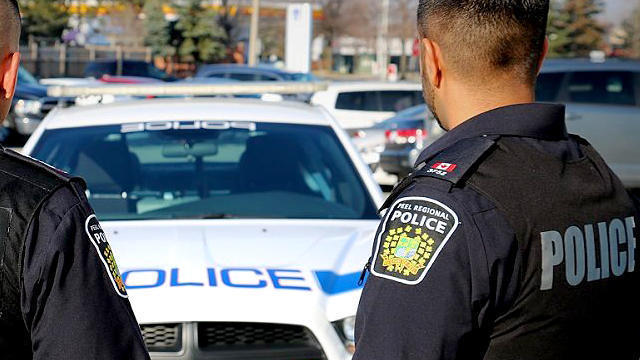 Peel Regional Police (PRP) is seeking witnesses of a hit-and-run they believe to be linked to a shooting in Mississauga.

During the afternoon of August 21, PRP was notified of a collision involving a black Mercedes SUV that crashed into a silver Audi in the area of Burnhamthorpe Road and Hurontario Street. The driver of the Audi was not injured, but there was significant damage to the car. The Mercedes promptly fled the scene.

A short time later, PRP responded to reports of gunshots in the area of Bloor Street and Cawthra Road. Upon arrival, PRP discovered a gun that had been abandoned at the scene.

Investigators believe an occupant travelling in the Mercedes began shooting at another vehicle while travelling eastbound on Bloor Street.

Anyone who was in the area of Burnhamthorpe and Hurontario on August 21 at 3:26 p.m. and may have witnessed the collision is urged to contact police, as are potential witnesses of the shooting that occurred in the area of Bloor and Cawthra at 3:30 p.m. on August 21.

Additionally, anyone with information, video surveillance, or dashcam video relating to this investigation is asked to call investigators at the 12 Division Criminal Investigation Bureau at 905-453-2121, extension 1233.

Further, information may be provided anonymously to Peel Crime Stoppers by calling 1-800-222-8477 or by visiting their website.