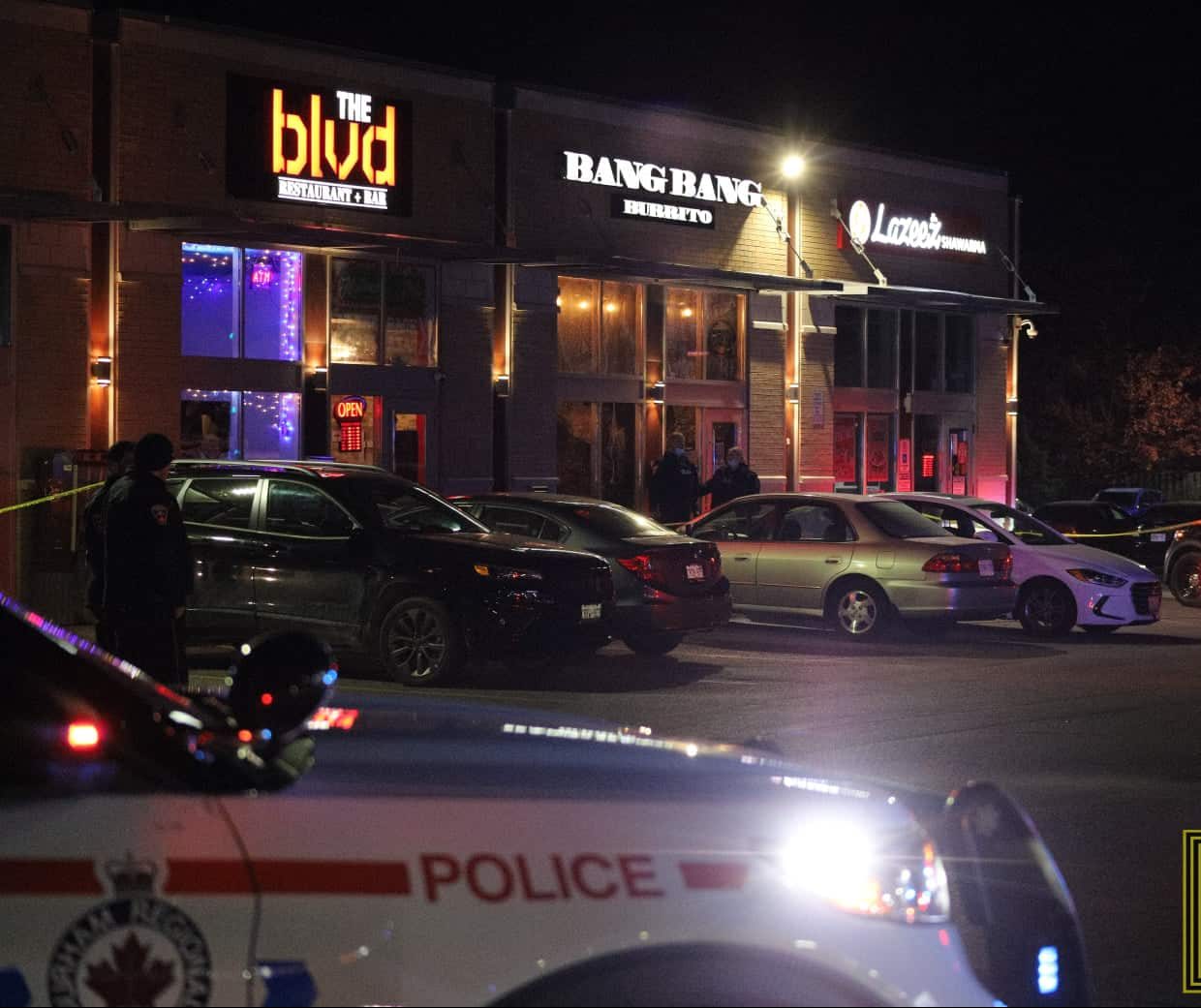 The shooting of a 19-year-old man near the Durham College Oshawa campus has police pleading for witnesses.

Police rushed to the BLVD Restaurant and Bar around midnight Saturday after they received reports of an armed man in the bar’s parking lot on Simcoe Street North and Niagara Drive.

When they arrived they discovered a fight had taken place between two groups of people. The 19-year old was shot during the altercation, suffering non-life threatening injuries. He was taken to a trauma centre in Toronto.

Police describe one suspect as a man with a light or tan complexion, thin, about 5’6″ with long braided hair. He was wearing a blue pants, a red hoodie and a grey ballcap.