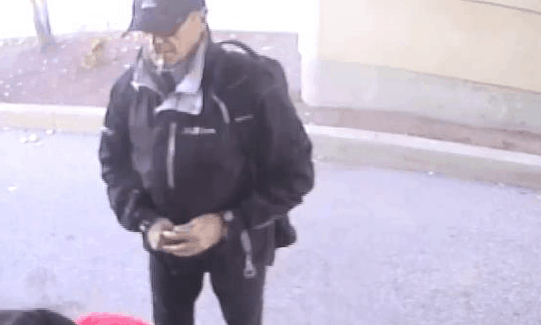 Hamilton Police are seeking the public’s assistance in identifying the suspect in a robbery that occurred in late November in downtown Hamilton.

Police say on  Nov. 28, 2020, at approximately 1:30 p.m., a woman was using an ATM in the area of Main Street West at Bay Street South. At that time, a man was standing behind her waiting for the machine.

The woman retrieved money from the machine and as she held it in her hand, police say the man attempted to grab it as the woman resisted.

The victim was knocked to the ground and began to scream which caused the man to run off empty-handed, according to police.

He was last seen running in a westerly direction.

Officers quickly responded and checked the area, however, the suspect was not located.

He has short light-brown hair, no facial hair and was wearing dark pants with a dark jacket.

Police say the victim was not physically injured in the incident.

Police are asking anyone with information regarding this robbery to contact Detective Mike Antonucci at 905-546-3821.