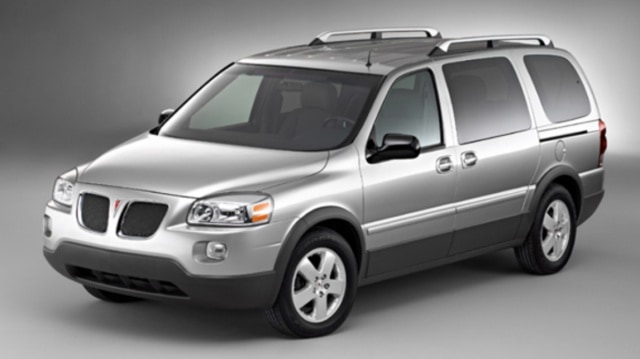 Police have obtained a warrant of arrest for a man reportedly responsible for a residential and vehicle fire in Mississauga.

Police say that on Sunday, November 5, 2017 at around 1 a.m., police and fire and emergency services responded to a fire at a residential building near Park Street East and Helene Street North.

Mark Blair, 42, of no fixed address is believed to be responsible. A warrant of arrest for arson-disregard for human life, arson-cause damage to property, criminal harassment, and uttering threat to cause death has been issued for Blair.

Blair is described as male, black with a mediium complexion, 5’8″, with a slim build, black hair, and grey eyes.

Police said Blair is known to operate a grey 2006 Pontiac Montana minivan with Ontario license plate CBTP488, similar to the one in our cover photo, courtesy of Peel police.

Blair is believed to be actively evading arrest and “considered dangerous.” Police say that if you see him he is not to be approached – you should report him to 9-1-1 immediately.

Investigators are appealing for witnesses to this incident or anyone who may have video surveillance, dashboard video, or any information regarding this incident.

Anyone with information as to the whereabouts of Blair or any other information about this incident is asked to call investigators of 12 Division Criminal Investigation Bureau at (905) 453-2121, ext. 1233. Information may also be left anonymously by calling Peel Crime Stoppers at 1-800-222-TIPS (8477), or by visiting www.peelcrimestoppers.ca or by sending a text message to CRIMES (274637) with the word ‘PEEL’ and then your tip.