Police Searching for Suspects in Connection with Mississauga Murder 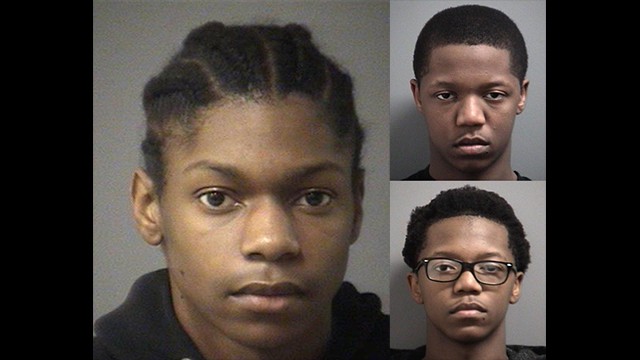 Peel police are appealing to the public for assistance in regards to an investigation into the recent murder of a 19-year-old man.

On Thursday April 27 at 3:25 p.m., police responded to a shooting at a business establishment in the Hurontario Street and King Street area.

Before the shooting, the victim became involved in an altercation with the suspects and was shot.

The victim, 19-year-old Brampton man Kamar McIntosh, succumbed to his injuries and the suspects fled the scene.

On Wednesday May 3, 2017 investigators from the Homicide and Missing Persons Bureau issued a warrant of arrest for Thulani Chizanga and Shamar Lawson Meredith for first degree murder.

Chizanga is a 19 year-old male from Mississauga who is described as black, 5’9,” 159 pounds. He’s thin with a dark complexion and black afro-styled hair. He’s right handed, has a mole on his lower lip and regularly wears glasses. Police say he has a tattoo on his left forearm of a 5-point Crown, Heart, ‘K’, and on his right forearm he has ‘RIP Bonzo.’

Meredith is an 18 year-old male of no fixed address. He’s described as black, 6’, 180 pounds with a thin build, dark complexion and black cornrow styled hair. He’s right handed and has a mole on his right cheek.

Chizanga and Meredith are considered armed and dangerous. If seen, do not approach, and call police immediately.