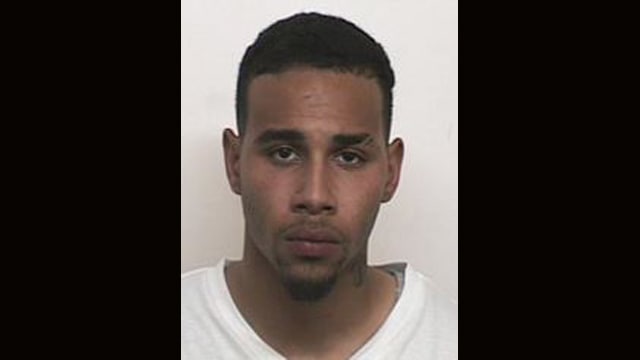 Peel police have issued an arrest warrant for a male suspect in connection with a human trafficking investigation.

On Friday, Feb. 3, police were called to investigate reports of a violent assault on a female victim in Mississauga. According to police, further investigation revealed that the suspect was actively involved in trafficking the victim for a period of time.

It has been alleged that the suspect profited from the victim’s acts, and that he exercised control over all aspects of her life.

Investigators have issued an arrest warrant for Kartel Pye, a 25-year-old male of no fixed address, for a host of offenses, including deriving material benefit from sexual services, trafficking in persons, two counts of assault, assault causing bodily harm, forcible confinement, overcoming resistance by attempting to choke, suffocate or strangle another person, uttering threats to cause death or bodily harm, sexual assault and more.

Pye is described as a 5’6” black male who is 141 pounds. He has brown eyes and a medium build.

Investigators believe that Pye travels frequently between the GTA and his hometown of Dartmouth, Nova Scotia.