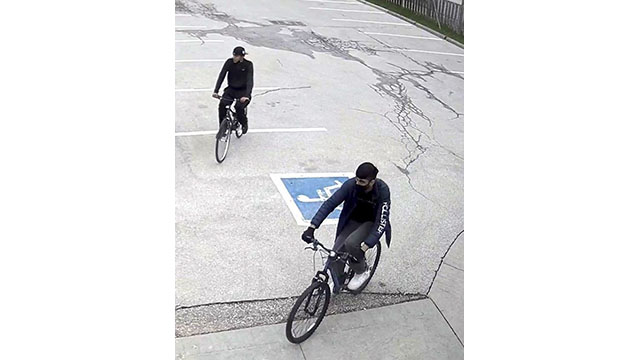 One young person is facing charges and two more suspects are outstanding in connection with a stabbing incident that took place in Mississauga after residents reportedly attempted to stop three people from breaking into vehicles.

Peel police say that on April 28, 2021, police were called to the Harrow Street and Hull Street area to respond to reports that a 21-year-old man was suffering from a stab wound.

The victim was transported to a local hospital with non-life-threatening injuries.

Police allege that three suspects attempted to break into vehicles and were interrupted by neighbourhood residents. A verbal altercation occurred and the suspects reportedly brandished knives before one suspect stabbed the victim.

Police say that on May 14, a young male person was identified and charged with aggravated assault. He will appear in court at a later date.

Police say the two outstanding suspects are described as males between the ages of 18 and 23.

Investigators are attempting to identify the two outstanding suspects and are appealing to anyone who may know the suspects or have information.  Witnesses are being asked to contact 905-453-2121 ext. 1233.