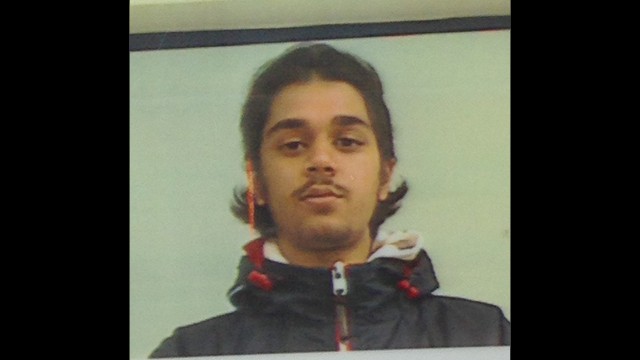 Police are appealing to the public for help in locating a missing 16-year-old Mississauga teen.

Peel police report that Hamas Khan was last seen at approximately 10:00 a.m. on April 19 in the area of Dundas Street and Queen Frederica Drive in Mississauga.

Khan is described as a male with dark complexion, brown eyes, brown hair, a goatee-style beard and a thin build. He was last seen wearing blue jeans and a jacket.

Family and police are concerned for Khan’s well-being, as he has no history of running away and it is out of character for him to be gone for this length of time.

Anyone with information on the whereabouts of Khan is asked to call investigators at the 12 Division Criminal Investigation Bureau at (905) 453–2121, ext. 1233.