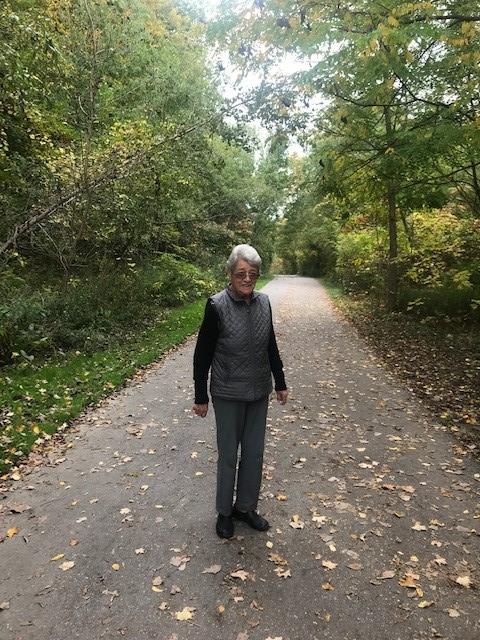 Peel Regional Police say 84-year-old Djurdja Vidic was last seen at 9:30 a.m. on Nov. 8, 2021, in the area of Bough Beeches Blvd and Rathburn Rd in Mississauga

Police in Mississauga are asking the public for help locating an elderly woman who went missing on Monday morning.

According to Peel Regional Police, 84-year-old Djurdja Vidic was last seen at 9:30 a.m. on Monday in the area of Bough Beeches Blvd. and Rathburn Rd.

Police said they are concerned for the woman’s well being.

Peel police media relations officers are expected to arrive at the scene around 7 p.m. on Monday.

UPDATE:
– Media Officer @OfficerSarah1 and @OfficerGill will be heading to the scene shortly. Expected time of arrival 7:00 p.m.

Vidic is described as five-feet tall with a thin build. She was last seen wearing a light grey hat with a black pattern, a grey jacket, grey pants and black shoes.

Anyone who may have seen Vidic is asked to contact the Peel Regional Police service at 905-453-2121. You can also contact Peel Crime Soppers anonymously by calling at 1-800-222-TIPS (8477) or by visiting peelcrimestoppers.ca.

UPDATE:
– Djurdja Vidic was last seen wearing a grey jacket and a light grey hat. Similar to this picture.
– Police are concerned about well-being of Djurdja Vidic pic.twitter.com/GxXq6f0wrg