Police searching for four suspects connected to carjacking in Mississauga 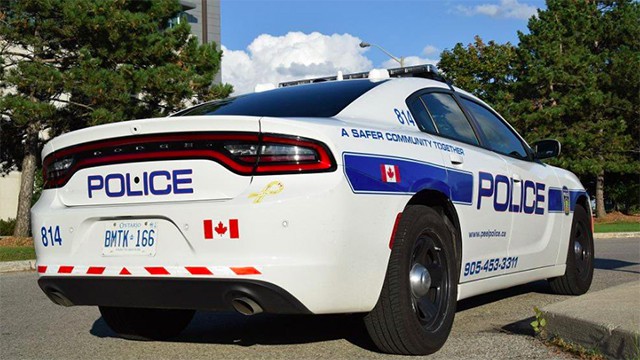 Peel Regional Police (PRP) are investigating a carjacking in Mississauga.

At 6:17 p.m. on Tuesday (March 30), PRP was called to the area of Lancaster Avenue and Etude Drive in relation to a carjacking involving a 2021, grey, four-door, Hyundai Elantra with license plate: CSJK 712.

According to police, four suspects armed with a weapon were involved in the altercation, during which, the victim suffered minor injuries.

All four suspects are described as Black men between the ages of 18 and 21 with medium builds. All four were wearing black masks, three of them were wearing hoodies, and two were seen with guns.

The suspects fled the scene in an unknown direction with the vehicle.