Police Searching For “Envelope Bandit” Linked to Robberies in Mississauga 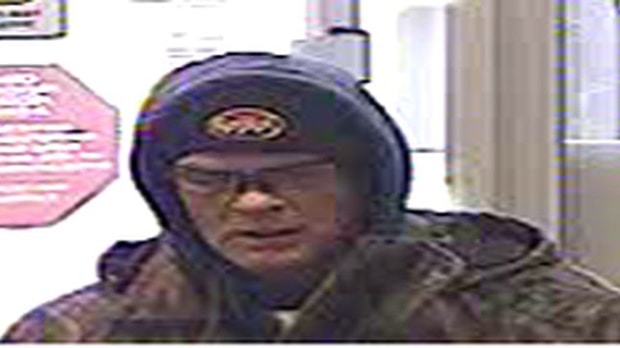 It may not be the most dangerous sounding name for a criminal, but the Envelope Bandit is a very real threat nonetheless.

Toronto police are looking for two men related to a string of eight bank robberies in Mississauga, Etobicoke, Vaughan and east Scarborough over the last eight months, according to CP24.

Police have nicknamed these men the “Envelope Bandit” and the “Construction Bandit” due to their actions/behaviours.

Staff Insp. Mike Earl described the Envelope Bandit to CP24, saying “His M.O. has always been to enter the bank wearing sunglasses and some kind of hoodie, producing a note with a large manila envelope, making a demand for cash and indicating he is armed.”

The suspect is described as a white man in his 30s with a thin build and slight moustache. His height is around five-foot-five to five-foot-eight. He was also been spotted on one occasion wearing a blue Adidas hoodie, black toque and scarf, dark sunglasses, blue jeans and gloves.

The second man, known as the Construction Bandit, is wanted for three bank robberies in east Scarborough. He earned his nickname by wearing a high-visibility work coat, similar to those of construction workers, during one of his robberies.

He is described as a white man in his 40s or 50s, around six feet tall with a heavy build. Despite their somewhat similar tactics, police don’t believe the two men are working together.