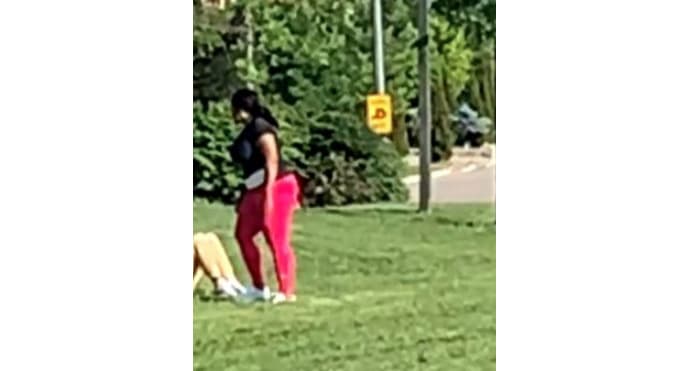 Police have released a photo of a woman suspected to be involved in an assault at a Mississauga park.

They say a 68-year-old woman in the park was assaulted by another woman who then fled the scene after the attack.

The person police are looking for is Black, medium build, long black hair and was wearing pink leggings and a black shirt.

Anyone with information is asked to contact the 11 Division Criminal Investigation Bureau at 905-453-2121, ext. 1133. Information may also be left anonymously by calling Peel Crime Stoppers at 1-800-222-TIPS (8477), or by visiting www.peelcrimestoppers.ca.