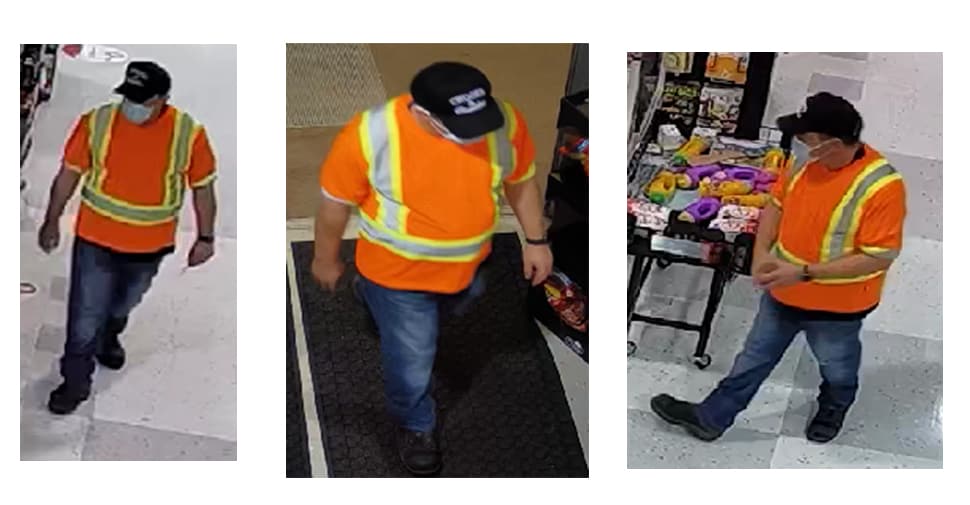 Police are on the lookout for a thief who broke into a car and made purchases with credit and debit cards stolen from the vehicle.

Durham Police say a man broke into a car on Regal Briar Street in Whitby just before seven p.m. October 10. He made off with a wallet and a set of golf clubs.

The man was later caught on security cameras in a Metro grocery store and a Shell gas station where he bought items with the stolen cards.

The suspect is described as white, with a heavy build, and wearing an orange reflective construction vest, a black hat and work boots.