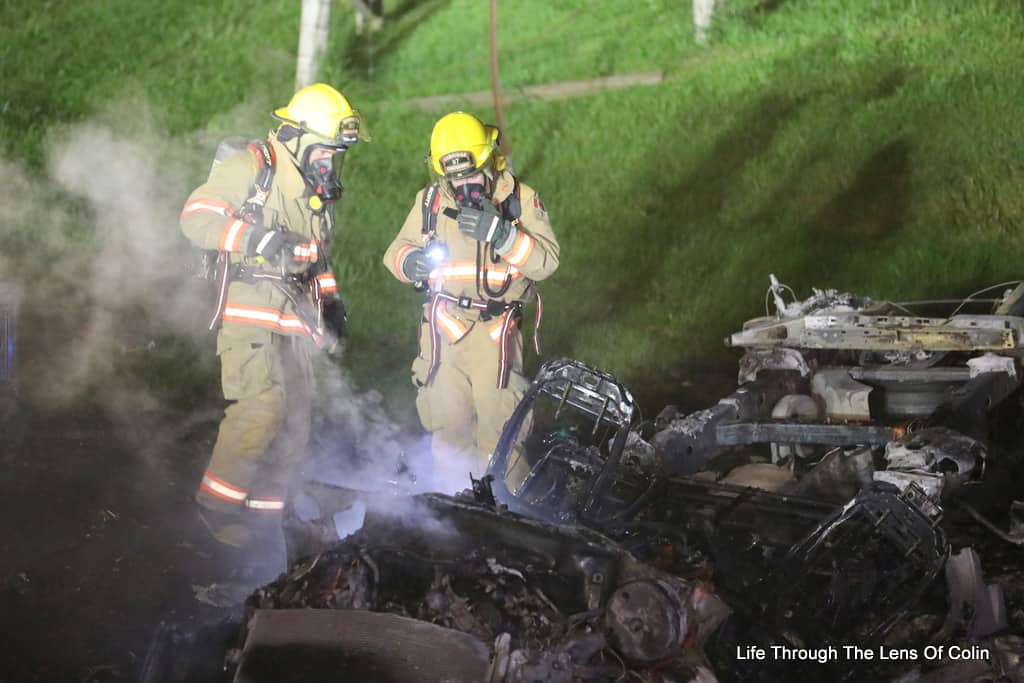 Police are looking for the occupants of a stolen pickup truck after a serious collision in Uxbridge involving four vehicles.

Durham Police say a white Ford F-150 pickup truck was travelling eastbound on Goodwood Road at a high rate of speed when it rear-ended a white Ford Escape, forcing the Escape into the intersection where it collided with two additional vehicles. The F-150 left the roadway following the collision where it burst into flames. The two occupants were able to exit the vehicle; however, they fled the scene on foot before police arrived.

The investigation has revealed that the white Ford F150 was reported as stolen from Lindsay earlier in the day.

The occupants of the white Ford F150 are described as:

In total, six people involved in the collision were transported to hospital with non-life-threatening injuries. Four adults and a 14-year-old were taken to a local hospital, while a 2-year-old was transported to a Toronto-area hospital.

Members of the DRPS-Collision Investigation Unit attended the scene to conduct an investigation. The area of the intersection was closed for several hours while evidence was collected.

Anyone with information about this incident or who witnessed this collision is asked to call D/Cst. Scott of the Traffic Services Branch at 1-888-579-1520, ext. 5217. Anonymous information can be sent to Durham Regional Crime Stoppers at 1-800-222-8477 and tipsters may be eligible for a $2,000 cash reward.