The Niagara Police are on the hunt for a male suspect after a Niagara Falls bank was robbed yesterday (August 9).

Police arrived at the TD Canada Trust Bank on Portage Road in the Stamford Green Plaza at 2:30 pm after the crime was called in and learned that a man had handed the teller a note demanding money.

He was given an unspecified amount of cash and then ran south towards Thorold Stone Road.

Although no weapon was seen, the suspect told the teller he had one. No one was injured in the robbery.

The suspect (see below) is described as a Latino male, black curly hair, slender build, 5-foot-5 and between 20 to 25 years old. 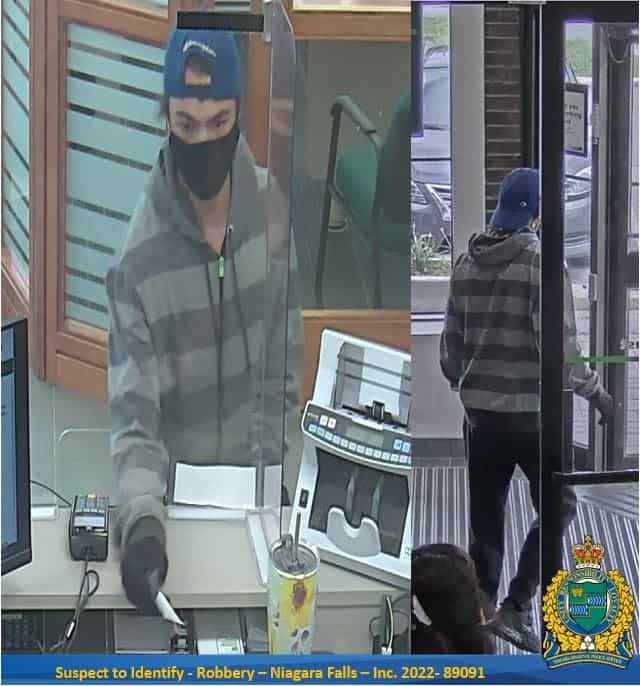