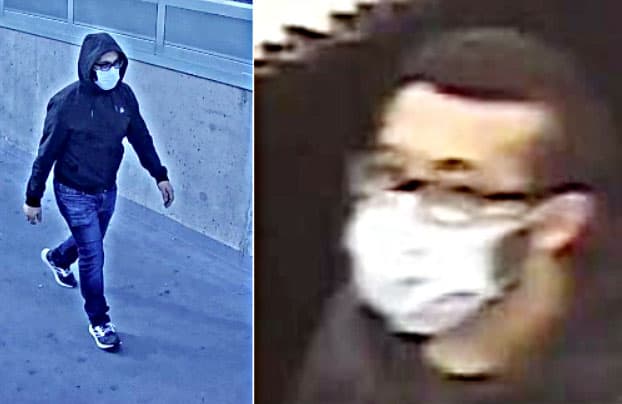 Peel Police say a man was using a cellphone to film up a skirt of a woman while she was shopping at Square One.

The case goes back to October 8 of this year at around 4:45 p.m. when a woman was shopping in one of the stores.

When she stopped to look down at some clothes, she noticed a man crouched beside her who was trying to use his phone to film up her skirt. When the woman confronted the man he fled the area.

Investigators believe that there could be other victims of the suspect. They are appealing to anyone who may recognize or may have had an encounter with the suspect to contact the police.

Anyone with information regarding this incident is asked to contact investigators in the 11 Division Criminal Investigation Bureau at (905) 453-2121 ext. 1133.

Police are looking for this man