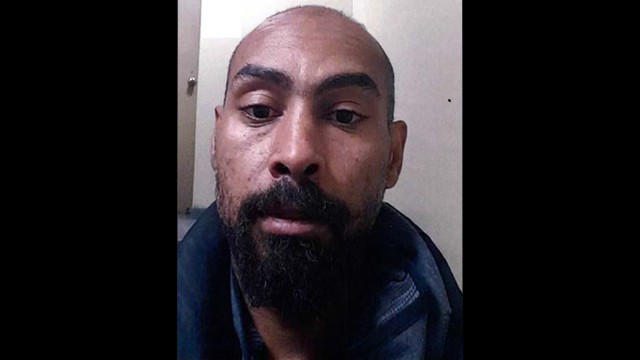 Police have released an image of a man wanted in connection with a blaze that ripped through a residential building in Mississauga last weekend.

Peel police report that on Sunday, Nov. 5 at approximately 1:00 a.m. officers and Mississauga Fire and Emergency Services responded to fire at a residential building in the Park Street East and Helene Street North area.

Police say that investigation has indicated that the fire was deliberately set on one of the floors in the building, which was occupied by multiple residents at the time.

Police also allege a second fire was deliberately set to a motor vehicle outside of the building. Although no occupants sustained any injuries, the fire caused considerable damage to the building and the vehicle.

A warrant of arrest for arson-disregard for human life, arson causing damage to property, criminal harassment and uttering threats to cause death has been issued for 42-year-old Mark Blair.

Police say the suspect is known to operate a grey 2006 Pontiac Montana minivan with an Ontario licence plate that reads CBTP 488.

Police are advising anyone who sees him to avoid approaching him and call police immediately.

Anyone with information as to the whereabouts of the suspect or any other information about the incident is asked to call investigators of 12 Division Criminal Investigation Bureau at (905) 453-2121, ext. 1233.