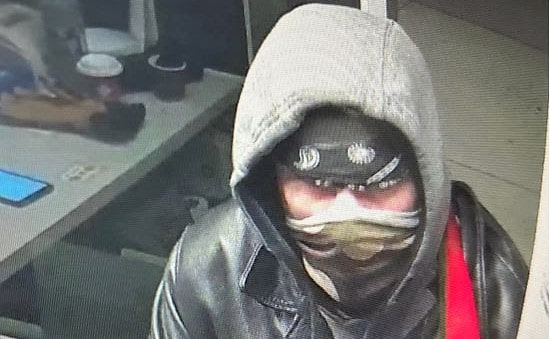 Niagara Police have released new images of a suspect who robbed at Niagara Falls gas station at gunpoint on Jan. 2.

Police reported that a man entered a a gas bar kiosk in the Lundy’s Lane and Carlton Avenue area at 9:12 pm that night, approached the lone clerk and demanded money and cigarettes while wielding a handgun.

He escaped the area on foot and still remains at large.

Police secured additional images of the suspect (shown below), who is described as a white male, 30 to 40 years old, 5-foot-10 and 200 pounds.

He was wearing a black bandana, black leather coat, grey hoodie with the hood up and black gloves. 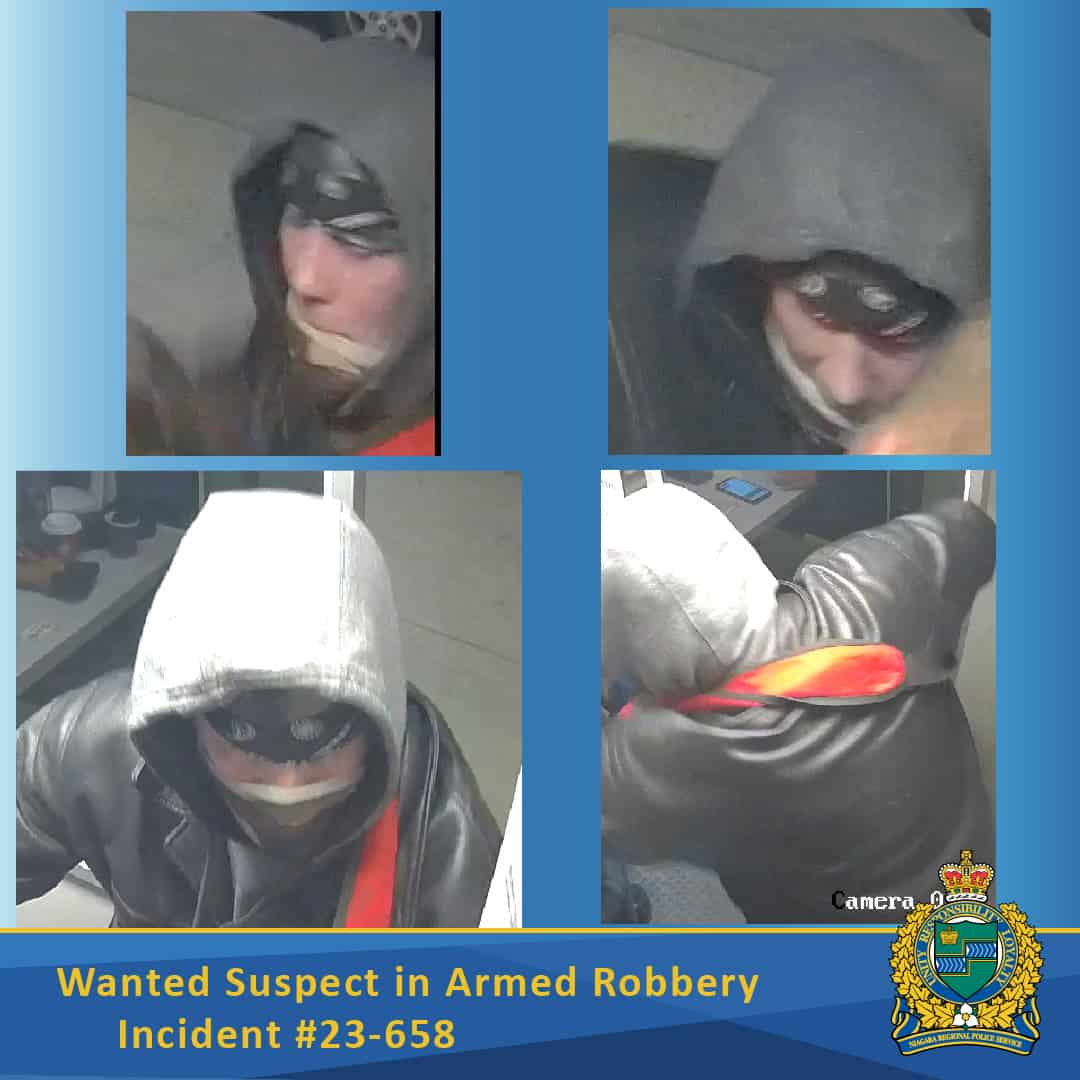