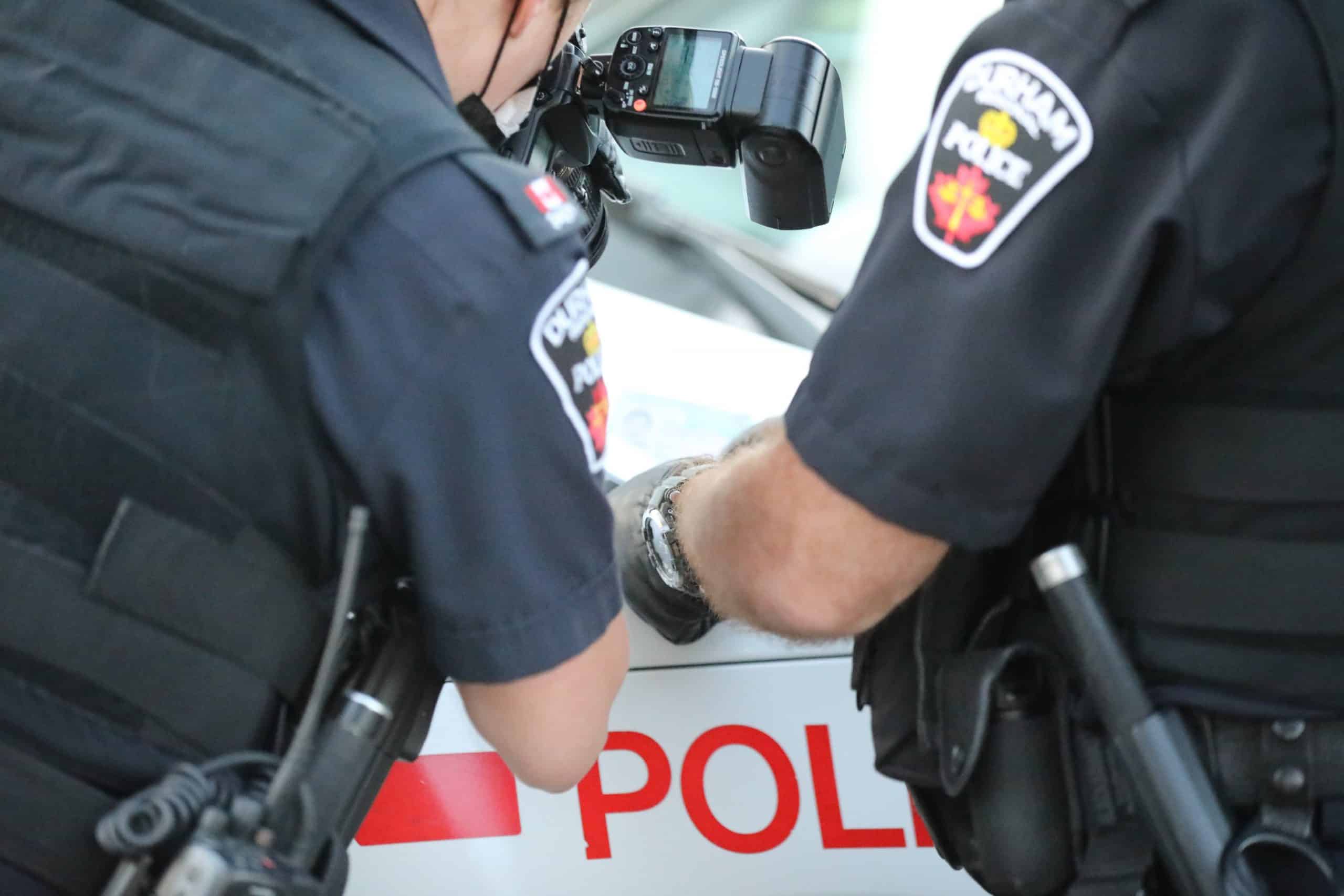 A 29 year-old Clarington man is facing multiple charges following a fail-to-remain collision and a flight from police Saturday afternoon that ended when the pursuing officer rammed the vehicle to force it off the road.

Police responded to a report of an accident near the Oshawa-Courtice border at 3:45 p.m. Witnesses said a vehicle had struck a hydro pole and fled the scene.

Officers located the vehicle but the suspect failed to pull over. The pursuing officer, after watching the driver “driving dangerously,” made contact with the vehicle on Prestonvale Road, north of Baseline Road, and was able to safely end the chase.

The driver was taken into custody. He was not injured.

Jordan Badeau of Waverly Road in Clarington is charged with: Flight from Police; Operation while Impaired by Drug and Leave Accident Scene-Fail to Give Name.