Police on scene after shell casings found in Mississauga 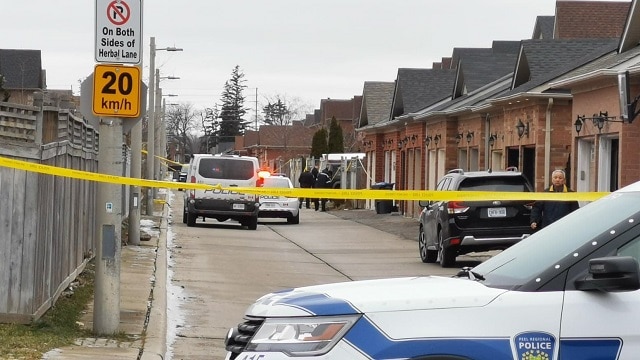 Officers are on scene this afternoon investigating the aftermath of a shooting.

Police say a resident was walking on Herbal Lane in the area of Middlesex Gate and Eglinton when they located shell casings.

The shooting appears to have happened around 1:30 a.m. and around four to seven gunshots were heard.