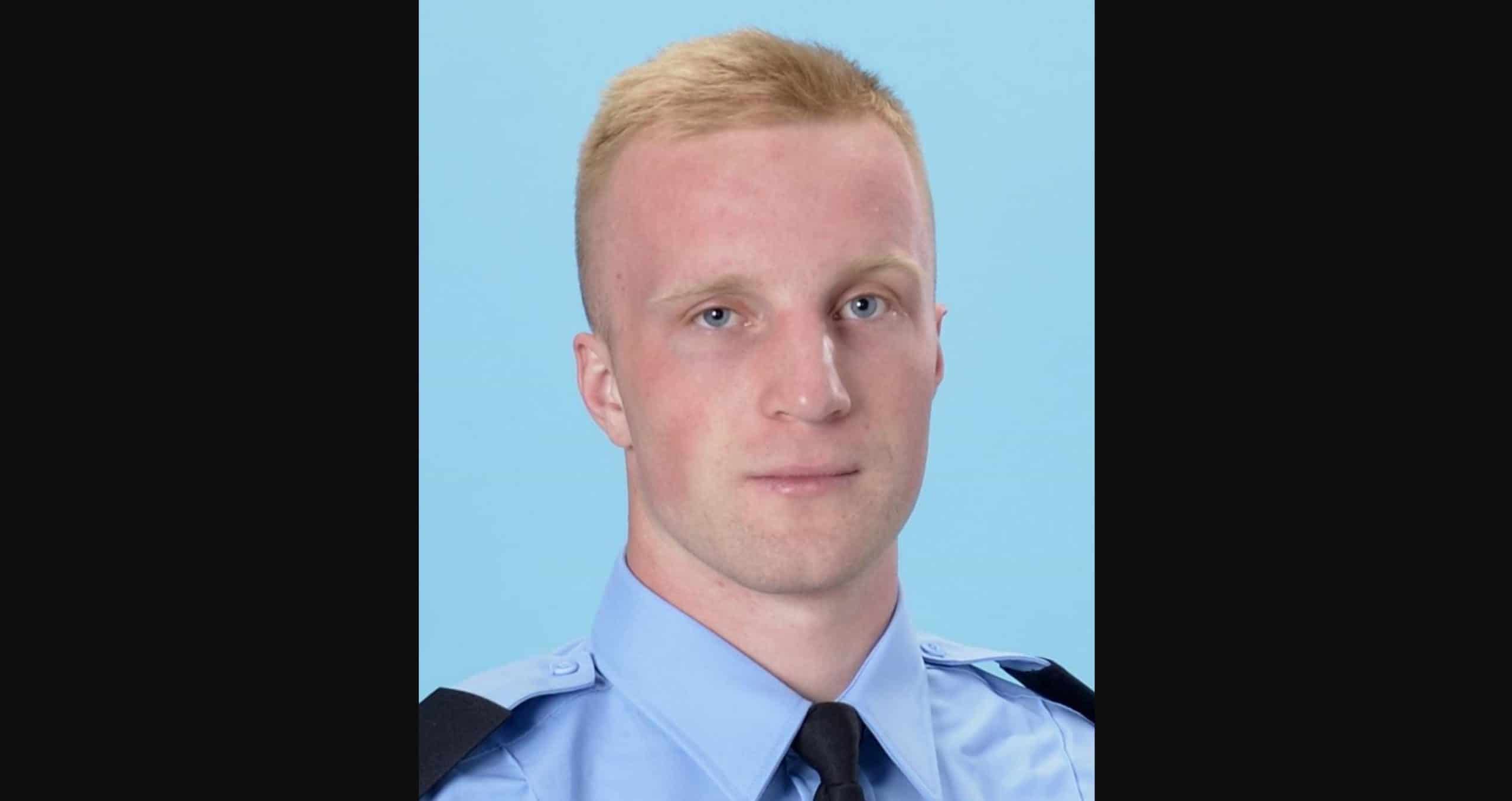 An Ontario Provincial Police officer who was fatally shot while responding to a call was “essentially ambushed,” the commissioner of the force said Wednesday night.

Police have said 28-year-old Const. Grzegorz Pierzchala responded to a call for a vehicle in a ditch just west of Hagersville, Ont. on Tuesday afternoon and was shot dead when he got there.

Speaking at an evening news conference, OPP Commissioner Thomas Carrique said Pierzchala was at the scene for a very short period of time and did not discharge his firearm.

“The officer was essentially ambushed and stood absolutely no chance of being able to defend himself,” Carrique said.

The investigation into the shooting, including the motive and circumstances behind it, is ongoing. Pierzchala was equipped with a body-worn camera at the time, Carrique said, and in addition to viewing that footage investigators will be canvassing the area Thursday to look for witnesses.

Police have said the suspects ditched the vehicle they were in and fled on foot. They allegedly robbed a citizen of their vehicle at the scene after the officer was shot, Carrique said, though it’s unclear whether the vehicle was taken at gunpoint.

Twenty-five-year-old Randall McKenzie and 30-year-old Brandi Crystal Lyn Stewart-Sperry are each facing a charge of first-degree murder in Pierzchala’s death.

The relationship between Stewart-Sperry and McKenzie has not been publicly confirmed, and Carrique said when asked about it during the news conference that he did not know that information.

Court documents show McKenzie had a history with the justice system.

A 2021 document from the Parole Board of Canada says McKenzie is from the Onondaga First Nations of the Six Nations of the Grand River Territory. He was serving an almost three-year sentence for robbery, assault with a weapon, possession of a weapon and other charges when his release was revoked that year because he was not complying with his terms.

McKenzie has been prohibited for life for possessing firearms since 2018 and was charged in 2021 with several firearms offences and assaulting a peace officer, Carrique said.

He failed to attend a court appearance in September, at which point additional charges were laid against him and a warrant was issued for his arrest.

Carrique said he was “outraged” that McKenzie was out on bail at the time of the shooting.

In the robbery, which happened in 2017, the court document describes how McKenzie pointed a handgun at a restaurant owner, ordering him to hand over his car keys and money.

“You pled guilty, and described that you needed money for drugs,” the document says.

The document says McKenzie has experienced the negative impacts of colonialism.

“Your biological parents struggled with alcohol and were neglectful,” it reads.

“You believe your adopted grandfather may have attended residential school … You have suffered abuse, experienced addiction and have been disconnected from your family and cultural community. These losses and negative experiences are likely linked to your offending.”

In a written statement to The Canadian Press, McKenzie’s family expressed their condolences to Pierzchala’s family.

“We wish them healing and peace,” the statement said.

They said McKenzie had some challenges growing up, got into the wrong crowd in high school and began abusing drugs at a young age.

“Everyone is having a difficult time processing this and is extremely hurt,” the statement said.

“Intergenerational trauma is a real thing.”

The OPP has said Pierzchala had been with force for just over a year and he had been notified that he had passed his 10-month probation period hours before his death. They added he was previously a special constable at Queen’s Park who, as a boy, dreamt of joining the police ranks.

“Despite his short time with us, he had been patrolling independently since April of this year,” Carrique said.

Details on the funeral plans for Pierzchala are expected to be announced in the coming days.

“These things just don’t happen in Haldimand County,” said Bentley on Wednesday afternoon as she and other community members visited the site of shooting near the Niagara Peninsula.

Some shocked community members laid flowers at a makeshift memorial and police tape surrounded the scene.

Harold Sheldrick, who lives close to where the officer was shot, said Wednesday he was surprised to hear about the fatal shooting in the “peaceful area.”

“Sure, there is crime just like anywhere but, I mean, out here it is the first time I have heard someone getting shot and killed,” said Sheldrick, who has lived in the area for about a year.

“A lot of these families know each other, so I am kind of surprised something would escalate this far out here.”

Local member of provincial parliament, Bobbi Ann Brady, also visited the scene Wednesday and said that all of Ontario mourns the loss of the officer.

“It is tragic, and it doesn’t make sense, and my heart, my prayers, my thoughts go out to the officer’s family,” she said while wiping her tears.

“As a mom, this really hits home, he is a young man and that is someone’s son, somebody’s brother, and it is a life lost,” she said.

“It doesn’t make sense and there is no reason for these types of things to happen, and it hits hard in a small community like this because we are not accustomed to these types of stories.”

McKenzie’s family said they have been bombarded with hateful messages since the shooting.

They are being called “savages and trash and disgusting and that we should rot,” the statement said.

“We are not horrible people.”

— With files from Fakiha Baig and Jordan Omstead