In an attempt to advance their investigation into a homicide that took place in Mississauga, police are offering a $25,000 reward to anyone with information that leads to the arrest and conviction of the suspects.

“Upon arrival, a vehicle was located in the ditch and it was determined that the lone occupant had been shot,” police say.

The victim was transported to Sunnybrook Hospital where he later succumbed to his injuries.

He was identified as 23 year old Brampton man Jason Ramkishuna. 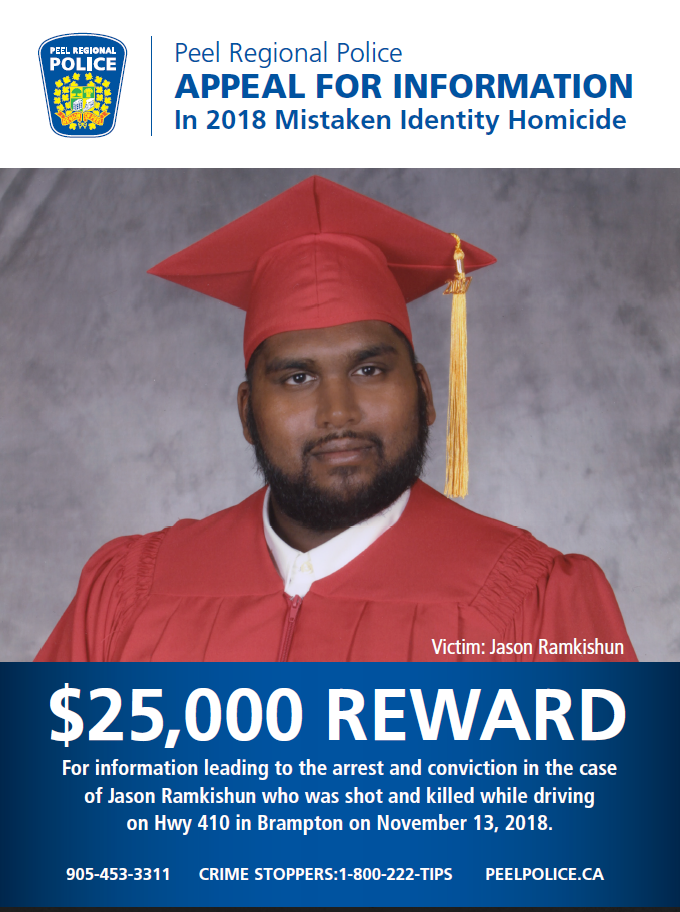 A week later on Tuesday, November 20, a male was driving northbound on the 410 just north of Derry Road when a vehicle pulled alongside him and unknown suspects started shooting at him and his vehicle.

“The victim was able to drive himself to Brampton Civic Hospital where he was later transported to Sunnybrook Trauma center to be treated for a gunshot wound,” police say. “He has since recovered from his injuries.”

Police have drawn a connection between these two incidents, determining that the firearm used in the homicide of Jason Ramkishun was also one of two firearms used in the Highway 410 shooting a week later.

The firearm in question was recovered in August 2019 in what police say is an unrelated investigation.

“Jason, I must say again, was an innocent young man who was not the intended target on November 13,” said Peel Police Chief Nishan Duraiappah in a press conference today. 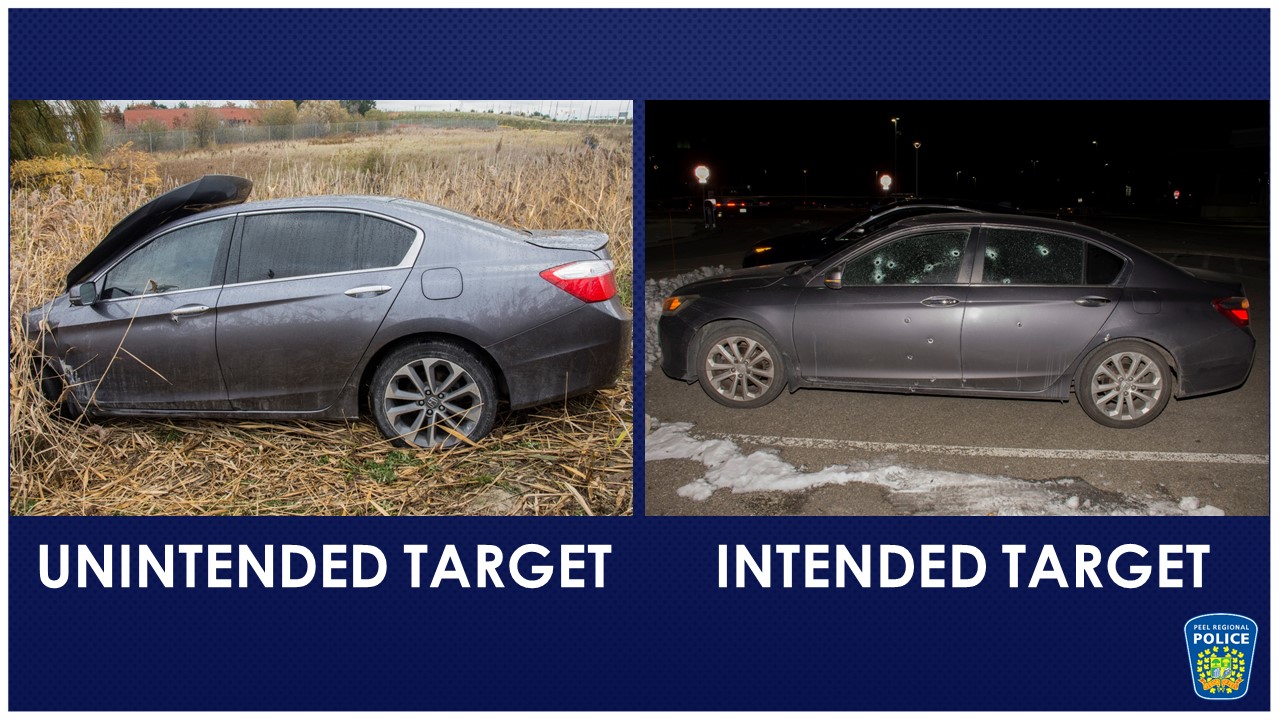 Investigators are appealing to anyone with information regarding these shootings to contact them, with a $25,000 reward for information that leads to the suspects’ arrest and conviction.

“We believe a number of people have knowledge of what took place and could help us solve this case,” police assert.

Popular Toronto Thai restaurant opening a location in Mississauga
Mississauga’s newest Thai restaurant, Mo Thai, is coming to Cooksville before the end of May.
END_OF_DOCUMENT_TOKEN_TO_BE_REPLACED