The Special Investigations Unit (SIU) has determined that no charges will be laid against Peel Regional Police officers following the death of a 28-year-old woman in Mississauga.

According to the SIU, the woman, who had been suffering from mental health challenges, died after jumping off the roof of a townhouse on the afternoon of Feb. 21, 2018.

The SIU says that shortly before 3:30 p.m. on Feb. 20, paramedics and PRP officers responded to a 911 call for a woman who had reportedly sent a text message to her roommate indicating that she was having suicidal thoughts.

Police officers arrived at the woman's home and apprehended her under the Mental Health Act (MHA) as being a danger to herself. She was subsequently transported to a hospital where she was assessed and released. 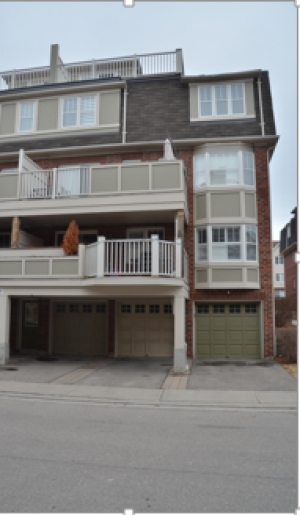 Photo courtesy of the SIU

The report says Peel police officers and paramedics were dispatched to the residence. Officers reportedly tried to engage the distressed woman in conversation in order to convince her to abandon her thoughts of suicide.

The SIU says they repeatedly asked the woman to come down from the roof, but she refused and told the officers to look away.

The woman then jumped from the roof, falling to the pavement below.

After the woman fell, paramedics rushed to provide medical assistance. The woman was then transported to hospital, where she was pronounced dead.

On Feb. 22, 2018, a post-mortem examination was conducted and the forensic pathologist determined that the cause of death was due to blunt force impact to the head and torso resulting in an almost completely ruptured aorta.

The post-mortem report, which the SIU received on Nov. 1, 2018, noted that the woman had a history of mental health issues, depression and suicidal ideation. The SIU says she had previously taken antidepressant medication, but stopped in July of 2017.

The report states the woman had no drugs or alcohol in her system at the time of her death, and that she had visited a hospital emergency department on Feb. 5-6 and Feb. 20 for suicidal thoughts.

She was released on both occasions, as medical personnel ruled that she was not a danger to herself and could seek follow-up treatment at outpatient mental health clinics.

She did not attend an appointment at one such clinic on Feb. 14 due to lack of money for transportation.

The SIU says five suicide notes authored by the woman were seized from the residence and reviewed. Each of the notes was addressed to a friend or family member and contained apologies from the victim for what she had done and gave directions with respect to disposal of her remains after death.

SIU director Tony Loparco said that evidence indicates that police did their best to convince the woman not to jump and should not be charged in connection with her death.

"It is clear, on a review of all of the evidence, that the [woman] had decided to take her own life and had planned and taken all the steps needed to carry out her intention, from writing out a number of suicide notes, including her wishes as to how her body should be dealt with after her death, to sending out a timed text message to family and friends, and to placing a stool and a chair on the balcony of her townhouse, in order that she could easily climb over and access the roof," the report reads.

"On all of the evidence, it is clear that the [woman] was struggling with some issues which she found were insurmountable and she felt that her only recourse was to end her life. While it is unclear what exactly pushed the [woman] to the brink and caused her to resort to the drastic decision to end her own life, it is clear that she had made that decision on her own, and had been contemplating it for some time. The police officers who attended and tried to save the [woman]'s] life, despite her wishes to the contrary, did all they could to try to save that life in the very short time available to them, before the woman took that last fatal leap…it is clear that all of the officers present acted together in order to attempt to save the life of the [woman]."

The SIU is an arm's length agency that investigates reports involving police where there has been death, serious injury or allegations of sexual assault.

New Italian street food restaurant opening in Mississauga soon
Mississauga has quickly become something of a food mecca in the GTA, as it's home to a diverse population and, therefore, a vibrant and culturally-expansive restaurant scene.
END_OF_DOCUMENT_TOKEN_TO_BE_REPLACED