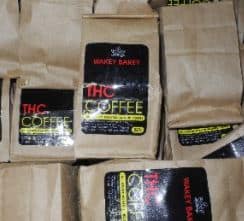 Police have recovered more than $32 million worth of black-market cannabis, guns and drugs after busting grow operations in Brampton and Middlesex County.

That kicked off a 16-month-long investigation which police dubbed Project Gainsborough, leading police to cannabis extraction labs in Brampton and Middlesex County.

Members of the Peel Regional Police, London Police Service and Ontario Provincial Police were able to dismantle the operations, which police can contain highly explosive, flammable and toxic substances used to complete the extraction process and “pose significant dangers to the community.” 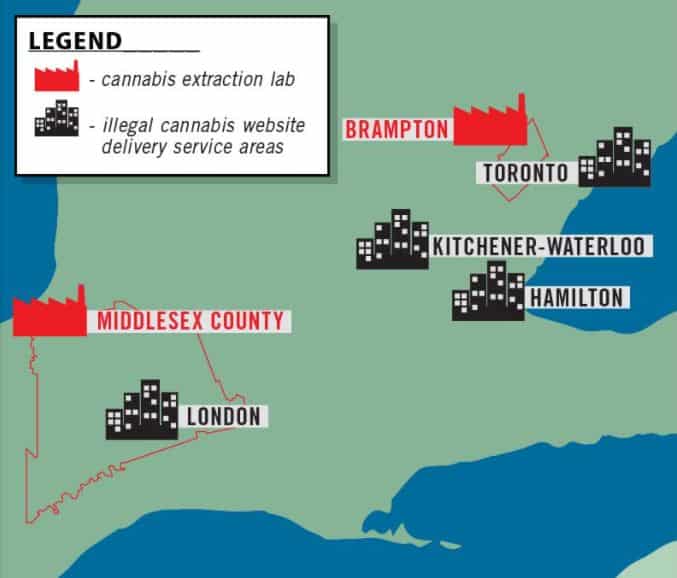 On Nov. 3, police executed 15 search warrants across London, Hamilton, Toronto, St. Thomas, Middlesex County and Norfolk County. As a result of the investigation, 21 people have been charged with 118 offences, including organized crime charges.

Three of the accused have been held in custody while the remaining 18 were released and are scheduled to appear at the Ontario Court of Justice in London in November and December.

Purchasing cannabis from anywhere other than the online Ontario Cannabis Store or an authorized private retailer could lead to a fine of up to $100,000, and one year prison time.

“For criminals that aim to jeopardize the safety of our communities by trafficking these illegal commodities, the OPP and our partners in law enforcement will continue to relentlessly pursue them, seize their property and dismantle their operations,” Cox said.